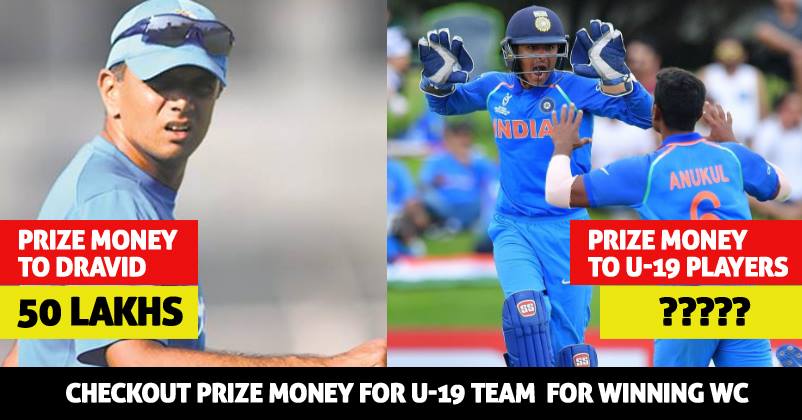 Indian U-19 cricket team made us proud today by beating Australia & clinching World Cup 2018; this is the 4th time that we have go to enjoy this victorious feeling!
Australia could score just 216 runs, thereby setting an easy target for India.

Manjot Kalra attracted all attention as he scored a whopping 101 with 3 sixes and 8 fours. After this proud moment, it was time to announce the prize money. BCCI took to Twitter to announce prize money for the winning team. 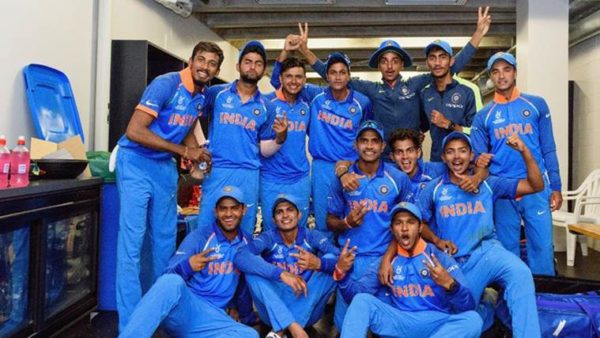 However, people are not at all satisfied by the amount that BCCI has announced. In fact, many feel that it’s an insult for the players. Some compared it to the prize money Yuvi got in 2007 world cup for hitting 6 sixes.

People also said that some not-so-good IPL players get 4 times the money than this team has got. Have a look at how they slammed BCCI.

When did you become so poor?

Give me a break!

Gimme a break at least 5Cr per player

At least 1 Crore should be given to each player. Richest Cricket Board in the world? @BCCI

What do you have to say about the prize money?

Continue Reading
You may also like...
Related Topics:Australia, India, U-19 cricket, World Cup