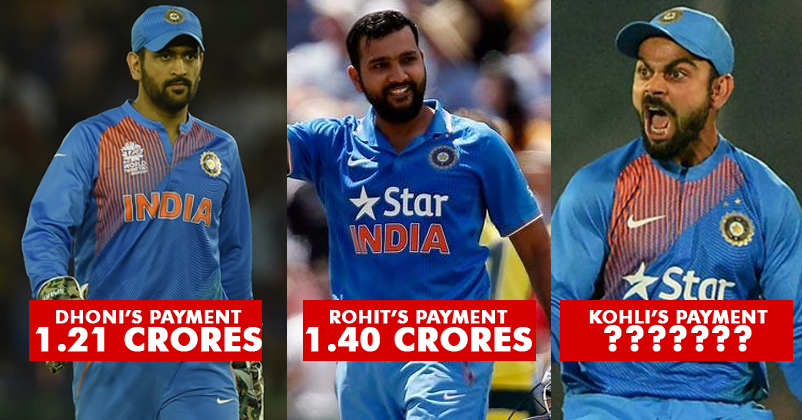 Indian skipper Virat Kohli often makes headlines, be it for his alleged relationship with Bollywood actress Anushka Sharma or his performances in matches, his brand value or the huge amount of money he earns by playing for the country or in IPL. BCCI has uploaded the details of payments on its website that it made to the cricketers, state cricket associations, commentators and others. The payment has been made in May and the captain of Indian cricket team Virat Kohli has not only received money for playing ODIs and tests but also received a part of gross revenue to international tournaments (taxfree).

Other than these, Kohli is also paid the prize money from ICC and cash rewards from BCCI for winning the series along with the retainership fees. At present, the Indian cricket team is participating in ICC Champions Trophy which is being played in England and Wales.

Below is the detail of payments which BCCI made to Virat Kohli in May 2017: Here’s the remuneration of other players; Looking at the huge amount that Virat Kohli received from BCCI, it is no surprise that he is in the Forbes list of the richest athletes of the world, isn’t it?