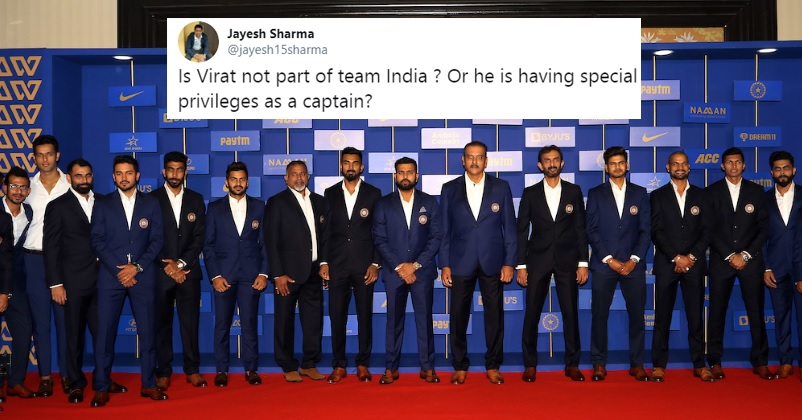 The Indian cricket team is already on cloud nine after winning back to back series against West Indies and Sri Lanka and what increased the motivation of cricketers were the awards that were given to them by Board of Control for Cricket in India (BCCI).

BCCI has titled its awards as Naman Awards and many cricketers were awarded for their contribution to the Indian cricket. The Indian star pacer Jasprit Bumrah was awarded with Polly Umrigar award and Dilip Sardesai award for his wonderful performances in 2018-19. In women category, Poonam Yadav was awarded with Best International Cricketer and Shafali Verma got the award for Best International Debut while Mayank Agarwal got this award in Men category. The former Indian cricketer K. Srikkanth was awarded with Col. CK Nayudu Lifetime Achievement Award and BCCI Lifetime Achievement Award went to Anjum Chopra. 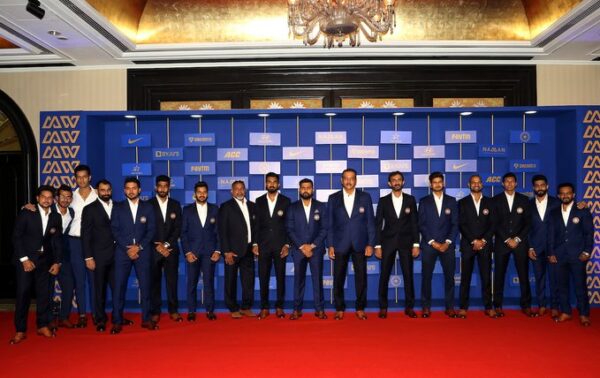 #TeamIndia all smiles at #NAMAN pic.twitter.com/ldP7xU43H5

There is no doubt that missing the captain from the photo is a huge mistake done by BCCI and Indian Twitter users didn’t miss this chance to have some fun. This is how cricket lovers reacted:

Why Virat is missing in this picture ? Any one can answer?

Is I am the only one who is not able to see the power hub of Team India , means @imVkohli ??

Champ is missing in the pic, Is he Chilling out 🙂

Is Virat not part of team India ? Or he is having special privileges as a captain?

May be @imVkohli has got the camera to master.

Team India is all set to face the Australian team at home as the first ODI will be played on January 14.

What do you have to say about this photo shared by BCCI? Let us know your views.