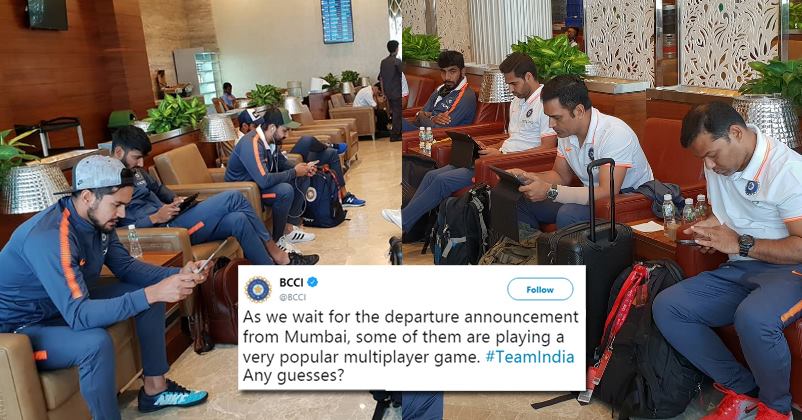 The Indian cricket team needs to win or tie the fifth and final ODI match of the series to make sure that they win the series as they have already taken the lead against West Indies in the series by 2-1.

On Monday, the Indian team registered its one of the biggest victories when it defeated West Indies team by 224 runs in the fourth ODI that was played at Brabourne stadium in Mumbai. The vice-captain Rohit Sharma was awarded the Man of the Match award as he played a superb knock and scored 162 runs.

The final match of the series will be played in Kerala and the Indian team was seen waiting at the airport for their flight but almost all of them were busy with their mobile phones. The official Twitter handle of BCCI posted a picture of the players engrossed in their phones and wrote that some of them are playing a very popular multi-player game. 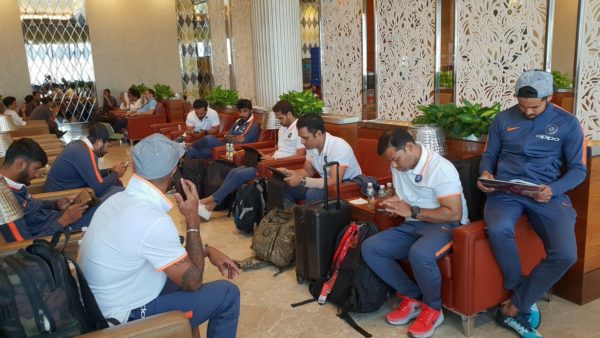 This is that BCCI tweeted,

“As we wait for the departure announcement from Mumbai, some of them are playing a very popular multiplayer game. #TeamIndia

As we wait for the departure announcement from Mumbai, some of them are playing a very popular multiplayer game. #TeamIndia

As BCCI asked people to guess the name of the game, online users started making guesses and one name that figured the most was PUBG (PlayerUnknown’s Battlegrounds). There is no denying the fact that it is one of the most popular and most played games on the mobile platforms at the present time.

Is this PUBG fever ? Just look at MSD😂😂

May be mini militia 😛😂

u gys are playing PUBG or 11WICKET😁😁😁@BCCI

i ponder how MS would react whenever he loses a PUBG match. He os so calm on on field but looking really indulged in PUBG

I think it's PUBG or counter strike.

Bumrah looks as if he is above all these petty things….😂

Are they really playing PUBG or do you think that it’s some other game? Let us know your opinion.

Kohli And Jadeja Had An Interesting Ball Chase In The Match Against West Indies. See Who Won
Janhvi Kapoor Wore A Revealing Dress At Vogue Women Of The Year Awards, Got Trolled Left & Right