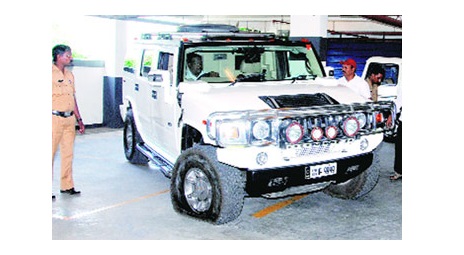 The shocking event would make you get goose bumps and traumatized on the height of people’s anger today. Talking of the happening, the security man squashed with the Hummer of his employer breathed his last this Monday fighting and struggling for two weeks to get his life back.

The incident dates back to January 29 when Nisham, the Beedi tycoon, pushed a security person, Chandrabose, with his Hummer on account of being little late to open the society gate in which there is Nisham’s apartment.

It is of note that security persons were validating the vehicle as well as the boarder prior to lifting the gate bar. It was at that time that Nisham lost his temper, swooped from SUV and began to shove.

The guard’s left arm along with chest got trodden sandwiched between fountain’s granite wall and Hummer. The Beedi tycoon got under arrest the very day for attempt to murder. Owing to Chandrabose’s death at the Amala Medical College, Muhammed Nisham has been accused of murder.

KRK Does It Again! And This Time It’s Yuvi!
The Effect Of AAP Observed In Delhi – A Policeman Apologized To A Juice Seller