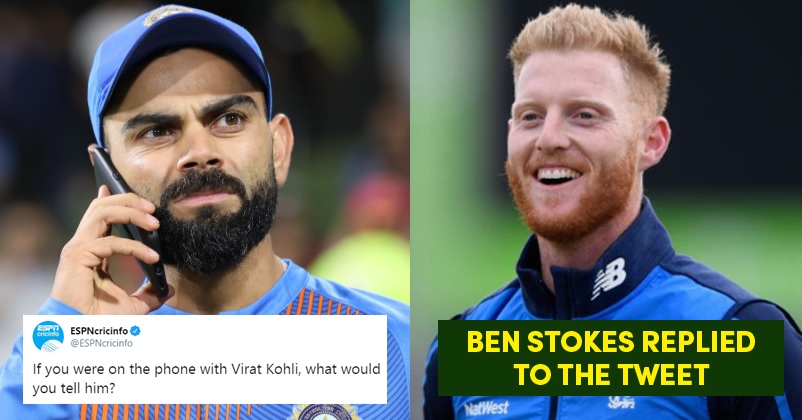 The official account of International Cricket Council (ICC) made a tweet with photos of Virat Kohli in which he is seen having different expressions. The caption of the tweet read,

The many expressions of @imVkohli”

The many expressions of @imVkohli pic.twitter.com/GG3qzQPv01

In one of the pics, Virat Kohli is seen talking on a mobile; the official account of a sports channel used that image and asked everyone what they would say on phone to Virat Kohli if they get a chance to talk to him. 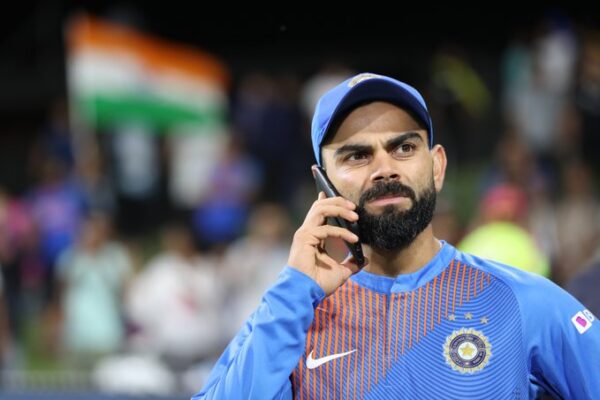 The caption written was, “If you were on the phone with Virat Kohli, what would you tell him?”

If you were on the phone with Virat Kohli, what would you tell him? pic.twitter.com/IKJfe82rpX

Many online users came up with funny answers but the best one was given by the English cricketer Ben Stokes as he tweeted, “‘Ben Stokes’ if you know you know”.

“Ben Stokes” if you know you know https://t.co/xgZtYFQAoR

Virat Kohli is one of the aggressive cricketers of the world and he doesn’t mind using abusive words for the opposition. One of the Hindi curse words that is used by Virat Kohli rhymes with name of the English Cricketer and there is an old joke that Virat Kohli says Ben Stokes regularly while on the field, especially after a wicket is fallen or while sledging the opponent. In reality, Virat is using the curse word but his lips move in a way that it seems like he is saying Ben Stokes.

After this tweet of Ben Stokes, the Indian Twitterati also started reacting and here are some hilarious tweets:

That's how he remembers you all the time! pic.twitter.com/5bBxLGIJto

You sir won the internet today. Hats off!! pic.twitter.com/b7UWfuPWGP

How did you find the tweet of Ben Stokes? Do let us know.

New Zealand Cricketers Had Pink Paint On Their Faces Against India For This Reason
KXIP Fan Tries To Troll New Zealand Over Defeat, Gets A Reply From Mitchell McClenaghan