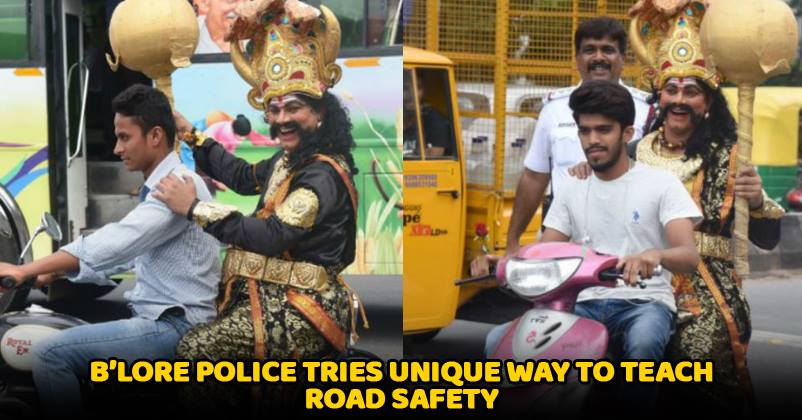 Every year many lives are lost in India due to road accidents and what makes us sadder is the fact that these lives could have been saved if the safety measures were followed properly.

It has been a long time since various state governments have made wearing helmet compulsory for the rider of two-wheelers while driving(for the pillion rider as well in some cities); however till date, many people can be seen riding without helmets.

The traffic police officials of Ulsoor Gate, Bengaluru, have devised a new and a pretty innovative method to make people understand the importance of helmet while driving a two-wheeler.

Under this plan, persons dressed as Lord Yamraj can be seen roaming on the roads, stopping two-wheeler riders without helmets, gifting them a rose and requesting them to follow traffic rules properly. 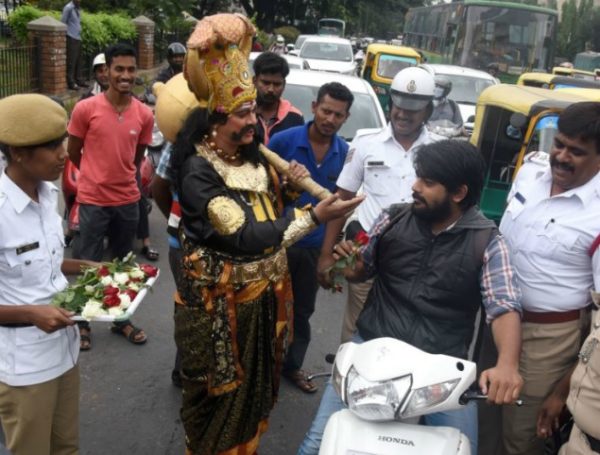 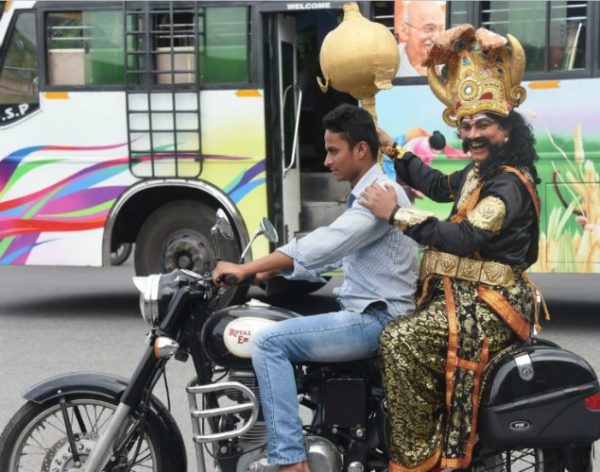 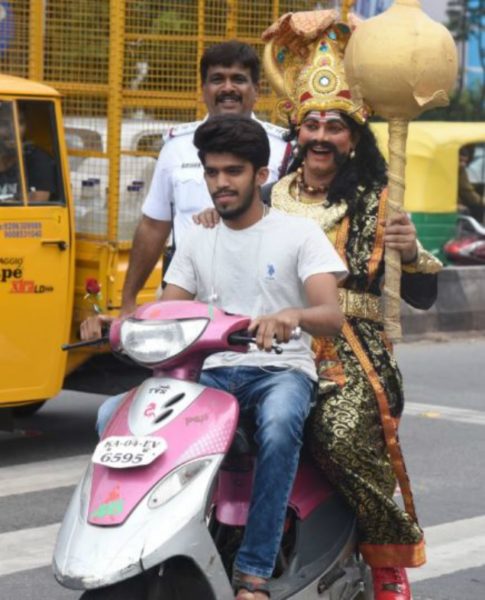 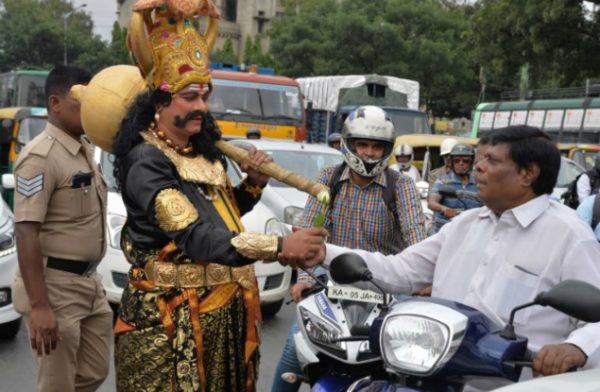 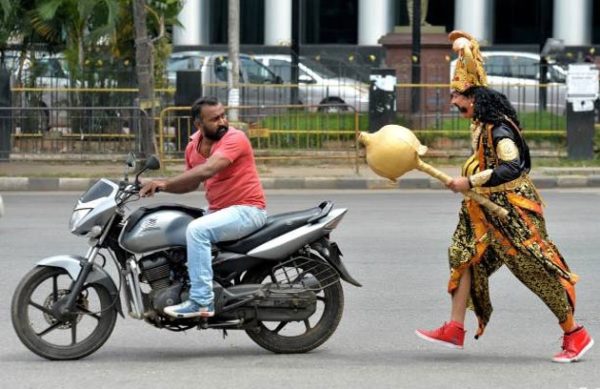 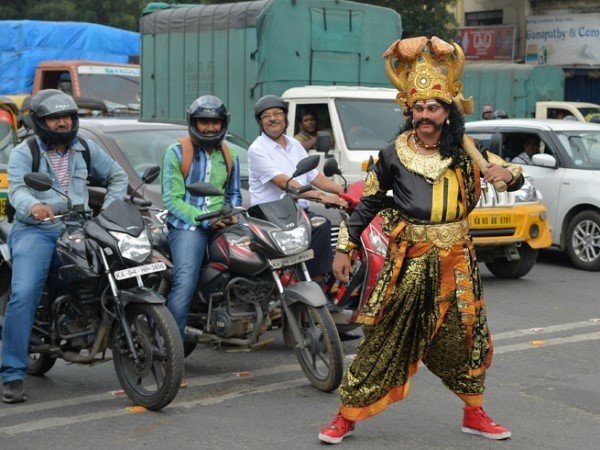 The message that Ulsoor traffic police wants to convey to the citizens is,

“Don’t allow Lord Yamraj to come to you, wear a helmet!”

This initiative has been taken under the Road Safety Week campaign that has been organized to increase awareness about the road safety.

What do you have to say about this idea? Let us know.

Two Girls Kissed A Male Journo When He Was Reporting Live At FIFA World Cup 2018. See The Video
Model Wanted To Click Pics With Sharks And Started Swimming With Them. What Followed Is Scary