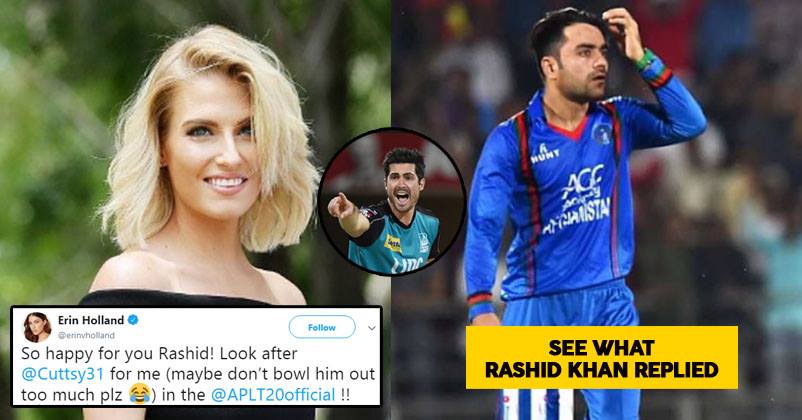 and one of the biggest stars of the tournament will be going to be Rashid Khan. And recently he got a request from anchor- presenter Erin Holland.

She is the girlfriend of Australian player Ben Cutting and recently she requested him to take care of his boyfriend during T20 tournament and also congratulated him.

Ben Cutting will be playing for Nangarhar jersey and will be a big part of the squad.

And in reply to Erin, Rashid Khan wrote Thank you Erin Holland and he will definitely look after him But tell Cutting to don’t sweep him.

Thank you @erinvholland . Definitely will look after him But tell @Cuttsy31 don’t sweep me 🙈🙈🙏

this is going to be a huge tournament for Afghan players.

Wondering Why Virat Kohli Was Not A Part Of Asia Cup? Ravi Shastri Revealed The Reason
Pujara Saved The Drinks Break Time By Getting A Bottle In Pocket. People Loved It