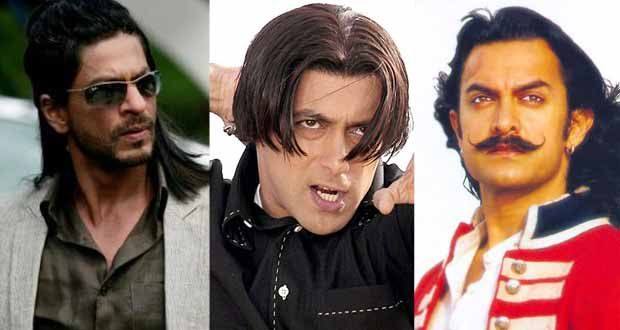 Rajnikant V/s CID Facebook page is always flooded with comments from “Salman Khan/Shah Rukh Khan/Aamir Khan” Fans. We have seen lot of ugly fights between fans of SRK and Salman Khan on our Facebook page. Even Salman/SRK rivalry is small as compared to rivalry between their fans.That’s the reason we have introduced this poll and we want to know via poll who you think is Bollywood’s greatest ever star. This poll will help us decide whose fans are more:- Shahrukh Khan, Salman Khan, Aamir Khan Or??

We have compiled our definitive list of Bollywood actors. Please vote and let your favorite star help win this battle. Poll will be closed on 31st December!!!

Multiple voting is not allowed and even if you will try to click the vote button again then it will show a message:- “Thank you, we have already counted your vote.” In case you see counter is increased then it is because someone else voted for the same superstar at the same time.

Poll is hosted at World’s biggest polling website PollDaddy and it is not hosted on our server, so all the votes are genuine and authenticated.

Exclusive Leaked 2nd November – Check Out Who Got Evicted From Bigg Boss House
11 Signs That You Are Die Hard Arijit Singh Fan!!!