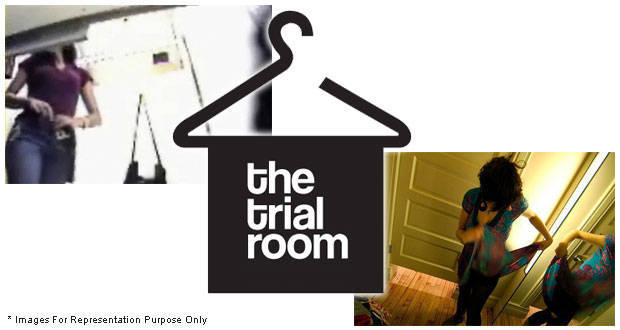 The manager of a posh showroom in Southeast Delhi was arrested this Monday afternoon. Pulkit Sanwal, who is an MBA from Lucknow joined the store eight months ago, has been registered against case of molestation and voyeurism, under Sections 354 (molestation) and 354C (Any man who watches, or captures the image of a woman engaging in a private act in circumstances where she would usually have the expectation of not being observed).

A 23 year old working in a MNC reported against the manager of Van Huesen showroom, who noticed a mobile with video mode on in between the gap of two trial door. Firstly, when Sanwal was confessed he had completely denied the allegation but on further interrogation he accepted the fact that he kept the camera in the trial room to watch women undress and change.

Just after the arrest and incident took place, the showroom was raided and the mobile phones have been seized. The phone in which Sanwal used to record women undressing has been sent to the Forensic Lab and he is under arrest and is being questioned on the motive to capture such videos.

“The motive behind him recording the video is still unclear. Even though he confessed that he did it for personal reasons, we are trying to ascertain if he sold them off to websites. The phone has been sent for an FSL examination so that deleted data can also be recovered. Investigation in the matter is on,” said the officer who in investigating the case.

Should not strict disciplinary action taken against the manager? What do you think?