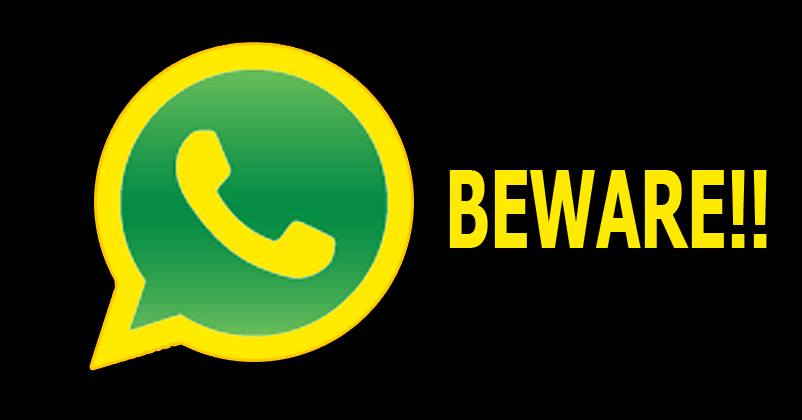 As per some reports coming from the micro-blogging site Twitter, many smartphone users are falling prey to malicious software which will infect the phone with virus. It is being shared on WhatsApp, coaxing WhatsApp users to download the ‘WhatsApp Gold’ version.

The message reads that this version (‘WhatsApp Gold’) was available to famous and rich people till now and it has some extra features such as video calling and sending 100 images in one click, provision of changing WhatsApp theme, etc. It also says that this ‘ WhatsApp Gold’ is available through invitation only. Google Play Store or App Store of Apple doesn’t have this app. The invitation link provided is “www.goldenversion.com” which now leads to an error 404 message. The exact number of people affected with this malicious software is unknown.

This new scam is very much same to the previous one of ‘WhatsApp Plus’. The company has declared it will ban every device which has this application as they have made it clear in their FAQ that it is neither made nor authorized by them. The firm has also clarified that it will never send messages to its users for upgrading and if so, it will be done in an official manner by sending emails.

As per a report published lately, WhatsApp holds the top position in 109 countries when it comes to the most popular instant messaging application and this is nearly 55.6% of the world.

In India only, it has 70 million users and more than a billion worldwide.

Here’s Shah Rukh’s Message For KKR Cheerleaders After They Cried Over Team’s Defeat
This School Gives Admission To Students Only On This Weird Condition! Check It Out!