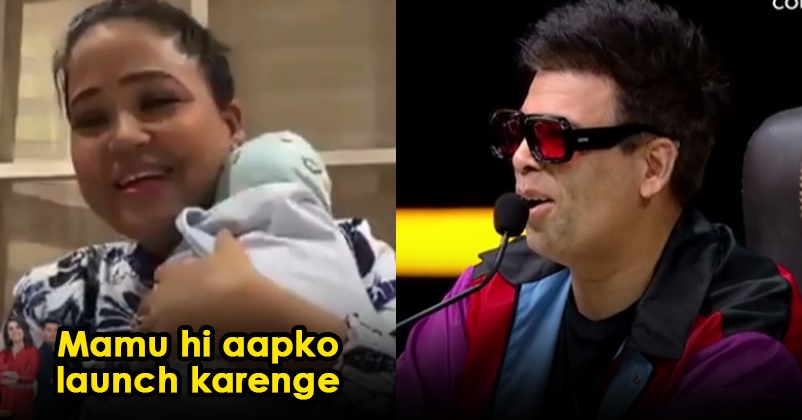 Bharti Singh, the comedian-host, has been blessed with a baby boy around 10 days ago and as of now, she is on a maternity break. Bharti used to host the reality show Hunarbaaz and The Khatra Khatra Show with her husband Haarsh Limbachiyaa and she was the first woman to host the show during pregnancy. Actress Surbhi Chandna has replaced Bharti on the show temporarily but recently Bharti surprised everyone by making an entry through a video call. 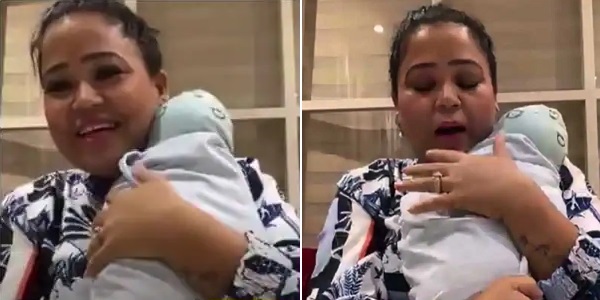 Hunarbaaz is being judged by actor Mithun Chakraborty, producer-director Karan Johar and actress Parineeti Chopra and it gives a platform to those who want to showcase their talents on the national television. During the show, Mithun tells Surbhi that Bharti used to trouble him a lot but as she is on leave, he is very relaxed. He further asks Surbhi whether she is comfortable or not and in response, she says that everything is perfect but she is missing just one thing. Then she comes near Mithun and sits on the arm of his chair.

Just at that time, Bharti appears on the screen and pulls Mithun’s leg by saying that he should behave properly as this girl is at least 62 years younger to him. Bharat and Haarsh’s son also makes an entry on the screen and KJo sang a song, “Lakdi ki kathi” for him in his own style. 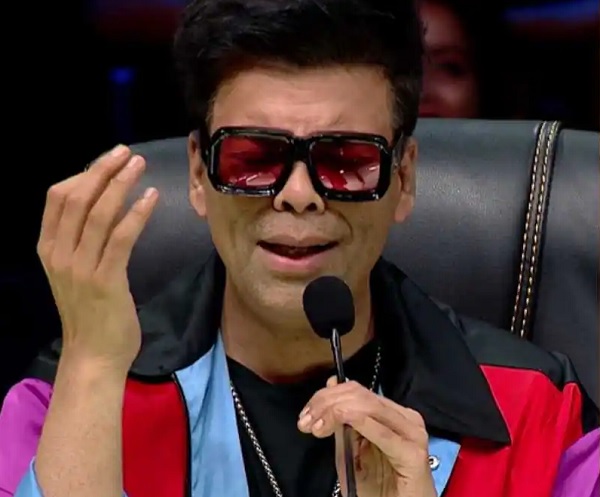 After Karan Johar stops singing, Parineeti asks Bharti, “Is the baby fine?”. Bharti states that the baby is fine and then makes panting noises before saying that he has tolerated a lot and now his Mamu (KJo) will launch him.

The couple also has a YouTube channel LOL (Life of Limbachiyaa’s) in which they share the updates of their lives and in one of the videos, Bharti and Haarsh state that they have nicknamed their son as Golla.

Bharti is always savage, don’t you feel so?