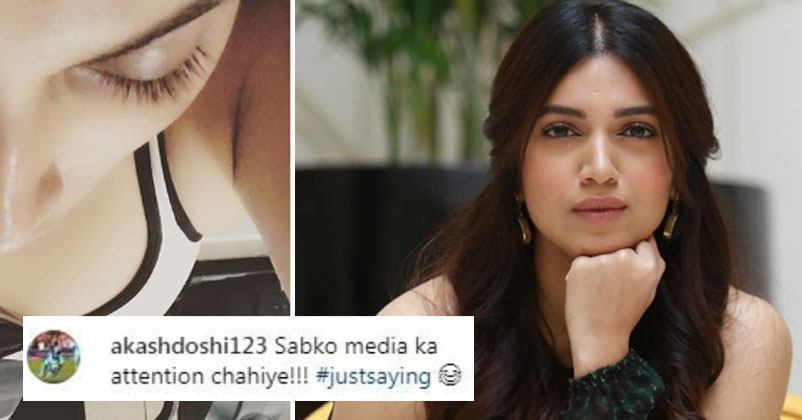 No celebrity is spared from hatred on social media, trolls often target their pictures and leaves their unwanted opinions. Trolls believe it’s their birthright to judge people and comment on someone’s appearance by sitting behind the screen of their laptops because their eyes weren’t pleased.

The Dum Lagake Haisa actress inspired so many lovely ladies all around the world that if you want to be fit you can be nothing is impossible. Bhumi Pednekar has shed 32 kilos post her debut film and the actress keeps her fans updated on social media about her core workout to maintain her body.


Recently, the actress took to her Instagram handle to post a picture of herself after her workout. Bhumi shared her post-workout selfie with the caption पीस ओफ माइंड (Peace of mind).

However, the picture didn’t go down well with some of Bhumi’s Insta fam. The netizens started trolling Bhumi and even directed the actress to post a decent picture of her. While others were busy trolling the picture and caption because of its weird translation.

Read some of the sickening trolls posted on her picture: 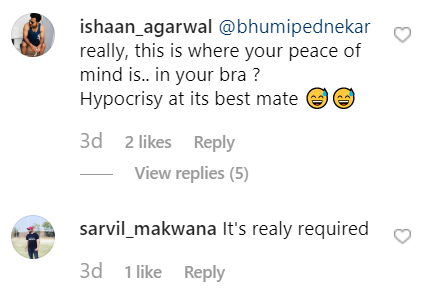 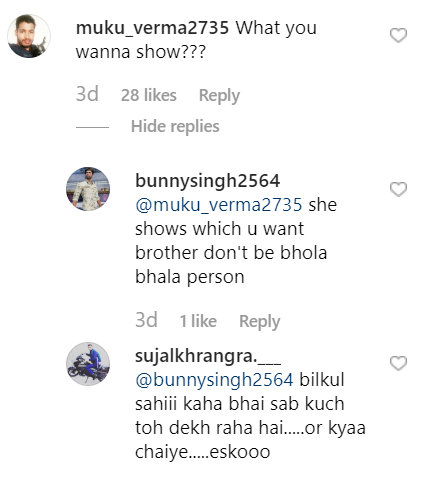 Ignoring these spineless idiots is the best thing someone can do!