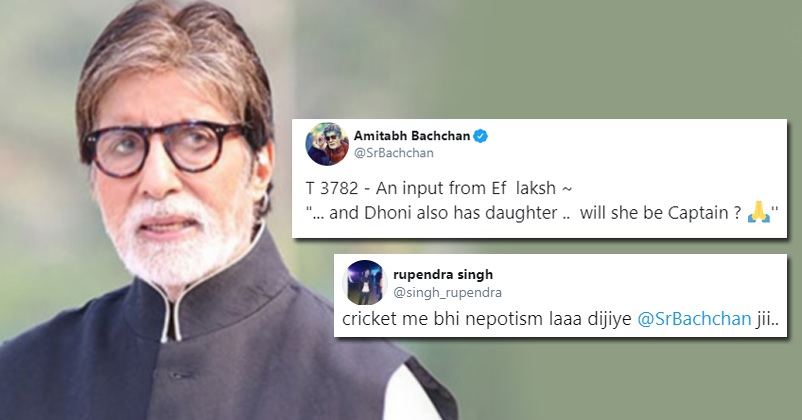 The Bollywood actor Amitabh Bachchan is pretty active on the social media networks and he has a huge fan following too. The megastar is one of the most talented, popular and successful actors of the Hindi film industry and it is surprising to see that even at the age of 78, he is not thinking of taking rest as he has been ceaselessly working and that too with extreme enthusiasm and dedication. In fact, it won’t be incorrect to say that he is one of the reasons behind the huge viewership and popularity of the quiz show Kaun Banega Crorepati. However recently, he found himself in the center of a controversy just because of a post which seems to be a forward on WhatsApp.

Recently, the skipper of the Indian cricket team Virat Kohli and his wife Anushka Sharma have become proud parents of a baby girl. It was obvious for social media to be flooded with congratulatory messages and the legendary actor Amitabh too made a post which was in connection with Virat Kohli being blessed with a baby girl. Big B talks about the Indian cricketers (present and former) who are fathers of daughters and asks whether the future women’s team of India is getting ready. 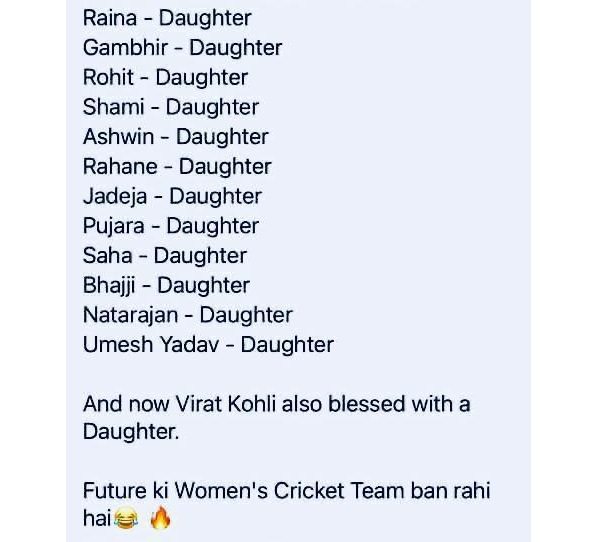 Big B makes an addition as he writes that former Indian skipper MS Dhoni is also father of a girl and further asks whether she will be the captain.

"… and Dhoni also has daughter .. will she be Captain ? 🙏'' pic.twitter.com/KubpvdOzjt

While Big B forwarded the screenshot in a lighter mode, the Indian Twitterati didn’t like it and started slamming Senior Bachchan for promoting nepotism in cricket.

You want have nepotism even in cricket? This sports where only talents speaks unlike bully wood (bollywood)

With due respect, it's a National cricket team. The players, whether men or women, are selected based on their talent. Selection is not done based on who is their father or mother. Kindly, don't confuse it with Bollywood entertainers and Nepotism🙏🏻

No sir, cricket isn't like bollywood to promote nepotism.

Cricket is not bollywood & politics that dynasty culture will build their career ! Have you seen your son movies ,does he looks an actor any angle? But it work Sir! As he is son of Big B, is Rahul gandhi looks poltician ,any angle,force yourself if you can find 1% !

There are many girls outside who want to join Indian cricket team. Don't crush their dreams. Bollywood mein to aane ke dreams to sabke aap logo mein shattered kar diye.. Don't include cricket in that.

Nepotism is one of the most talked about topics in Bollywood and it was discussed more after the sudden departure of the Bollywood actor Sushant Singh Rajput as many felt that SSR lost a lot of work due to nepotism because of which he went into depression and took his own life.

Do you think that people are unnecessarily slamming Amitabh Bachchan as he just shared a WhatsApp forward which he might have found funny or you feel that he should make a sensible post keeping in mind that he is a celebrity and many people consider him as their idol? Share your opinion in this regard.