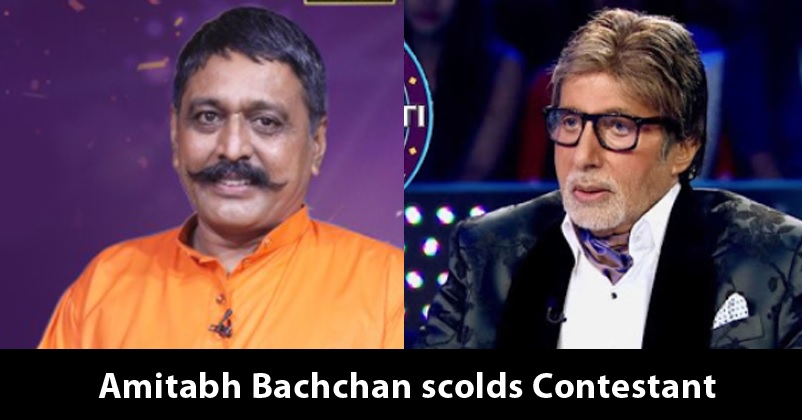 Amitabh Bachchan, the legendary Bollywood actor, has been hosting the quiz show Kaun Banega Crorepati (KBC) for many years now and he is one of the main reasons behind the success that the show has achieved. Over these years, we have seen many shades of Big B’s character, there were times when he recited the poems written by his father in a charismatic style, he was also seen imparting important educational tips to the young generation and sometimes we have seen him having fun with the contestants too which certainly makes contestants feel comfortable while answering difficult questions.

However, recently one contestant said something which confused the legendary actor to a great extent. One question that Big B asks to almost every contestant is, “What are you going to do with Rs. 1 crore if you win it?”

Big B asked the same question to Koshlendra Singh Tomar, a participant from Madhya Pradesh but the answer given by the latter was quite weird. Tomar replied that he would use the money for plastic surgery of his wife. Amitabh Bachchan got confused and asked why he wanted to do that. In reply, Tomar who works as a secretary of the gram panchayat of his village said that he got bored by looking at the same face for 15 years now.

Amitabh Bachchan was shocked after hearing the answer and he scolded Tomar in a light tone that it is not a matter of joke. Big B told Tomar’s wife not to listen to her husband and also mentioned that everything goes back to normal after 2-3 years of plastic surgery.

Well, Koshlendra Singh Tomar’s journey in the KBC was pretty short as he was able to win only Rs. 40K so eventually there is no question of plastic surgery at all 😉