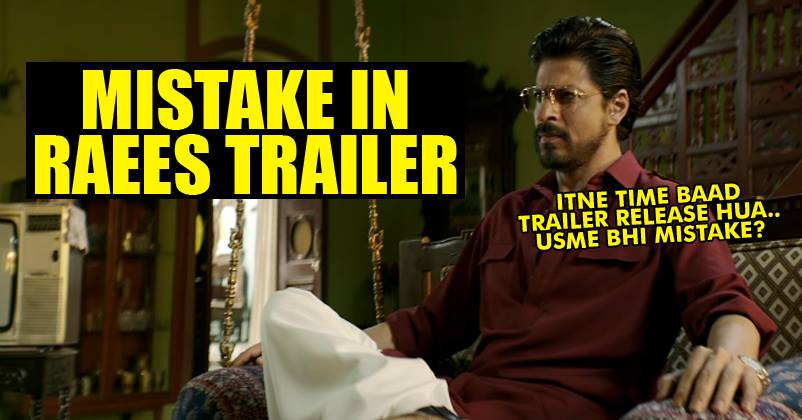 Hell lot of people had been eagerly waiting for the release of Raees’ trailer and finally it was out yesterday. Fans became crazy seeing this avatar of SRK. One more good news for everyone is that the movie has been preponed and now, it will release on the 25th of January, instead of the 26th.

While some think that the date has been deliberately changed to clash with Kaabil (Which shifted from 26th to 25th), SRK clarified that this was pre-decided and makers have no intention of playing games.

The trailer has already given us a hint that the movie is going to be super-duper hit. SRK’s kickass role is something which everyone will cherish. We know that you have enjoyed the trailer, but did you notice 1 big mistake in it? We are sure you didn’t; would you like to guess it once? Difficult?? Try Try…

Oops, so gave up? let me explain…. Here’s the Wikipedia description of Raees! And the Wikipedia description of Royal Stag! Raees is based on a story dated back to 1980 & is set in Gujarat. It revolves around bootlegger Raees Alam, who is challenged and thwarted by ACP Majumdar.

The liquor brand shown in the movie is “Royal Stag”, which was introduced in 1995. So, wasn’t it illogical to use this brand in a story which is set in 1980s?

It seems the makers lacked proper research. Did you come across any other mistake in the trailer? I bet your Bewada friend would have surely spotted the error immediately.

Do share your views with us in our comments section below.

Sneak Peek Into Rajinikanth’s Villa! It’s No Less Than 5-Star Hotel & Will Take Your Breath Away!
RAEES Has Already Broken These 3 Records Before Release! Proves The Power Of King Khan!