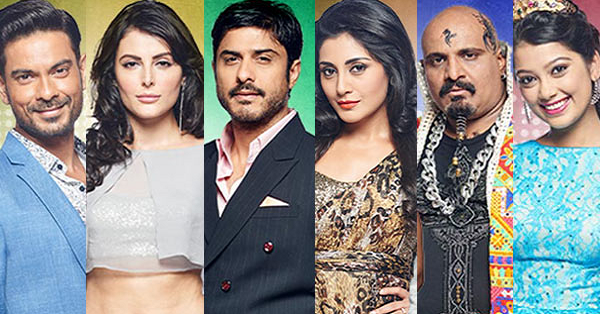 Arvind Vegda has became the third contestant to be eliminated from the Bigg Boss house after Ankit Gera and Roopal Tyagi. Arvind received the lowest number of votes among the six nominated contestants who included Digangana Suryavanshi, Vikas Bhalla, Keith Sequeira, Rimi Sen and Mandana Karimi. On Sunday, one more contestant will get eliminated from the show and as per the reports that are coming, it is said that Keith, Mandana and Rimi are safe and it may be Vikas or Digangana, who may be shown the door.

UPDATE:- Fourth contestant to get evicted is Vikas Bhalla

By profession, Arvind is a Gujarati fusion singer but he was not able to make the viewers dance on his tunes since he failed to add any entertainment factor to the show and was seen rarely on the TV screen. He didn’t even show any interest in his job of Sanchalak, which he was handed for the luxury budget task. What’s more, his body language was dull too which lessens his chances of being a strong contender in Bigg Boss house. This is not the first time Arvind was nominated; he was nominated in the first week also but he was fortunate enough to get saved while his partner Aknit Gera was asked to leave the house. However, Arvind didn’t take the situation seriously at that time too and didn’t make any effort to improve his chances among the audience that resulted in his elimination.

4th contestant to get eliminated from Bigg Boss house is Vikas Bhalla:- Bigg Boss : 2 Wild Card Entries Can Add “MASALA” To This Season Which Is MISSING Yet
Once Aamir Named His Dog SHAH RUKH & Now He Made Fun Of His Movie DDLJ