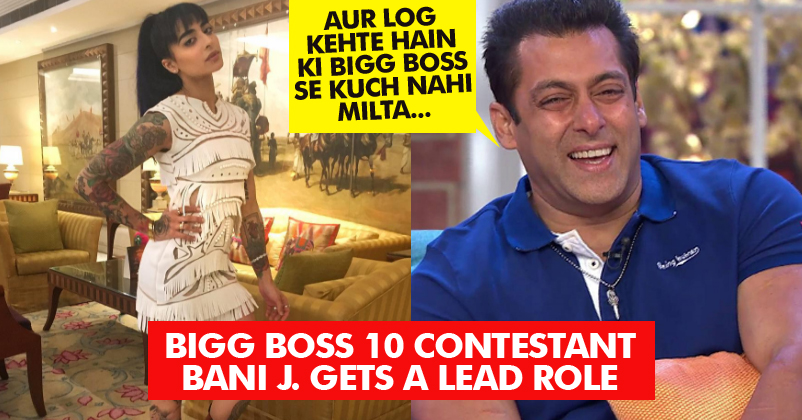 After a very successful journey throughout the recent reality show, Big Boss 10, VJ Bani or Bani J as we all know and call her, is all set to make her proper small screen debut on television with the lead role bagged in this show! Gurbani Judge had shot to fame after she rallied the contestants of Roadies in its seventh season, and was the first runner-up along with all the love, support and courage that she showed in the show made her very famous as then she became quite the presenter and host of the show’s consecutive seasons, under collaboration with MTV.

She was then a participant in the show, Khatron ke khiladi season 7. After all this and more, its pretty obvious that she is all set to make her appearance on the screens to show her acting skills at test with Sony Television’s next show.

She will be playing the lead in the upcoming show ‘Porus,’ in which she will be portraying the role of Queen Olympias – Alexander The Great’s mother. This role was played by actress Angelina Jolie as well in the movie ‘Alexander’.

Her role has been confirmed by the producers themselves saying, “Bani fits the role perfectly. She will join the cast for rehearsals and workshops soon.” The show is being made by Siddharth Kumar Tewary under the banner Swastik Shows. The show is going to be very different as it depicts the story of the warrior king, PORUS, the only one who had the strength and courage to fight the greeks, for his nation. Well, we shall definitely look out for this great epic of the ancient times!