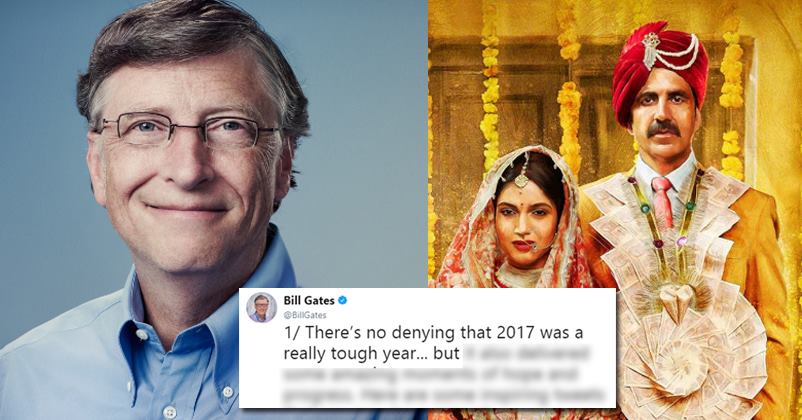 There is no denying the fact that 2017 was not a great year for Bollywood as not only some big movies bombed on the box-office (for example, “Tubelight”, “Jab Harry Met Sejal”, etc.) but also few Bollywood couples got separated officially.

However, the year was good for superstar Akshay Kumar who gave audiences some really good films and a social message through them. There is good news for Akshay and the complete team of “Toilet: Ek Prem Katha”. 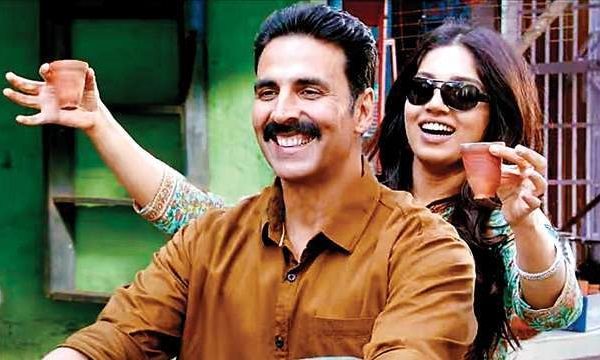 Well, “Toilet: Ek Prem Katha” has found a place in the list of good things happened in 2017 and this list is made by none other than the Microsoft co-founder Bill Gates.

Bill Gates took to the micro-blogging site Twitter and wrote,

1/ There’s no denying that 2017 was a really tough year… but it also delivered some amazing moments of hope and progress. Here are some inspiring tweets that you may have missed…

Presently, Bill Gates is the second richest person of the world but for most of his life when he was heading the Microsoft, he was the richest man of the world. Nowadays, he is actively engaged in social service through his foundation and he is a part of numerous social projects in India as well. This statement coming from Bill Gates about the Akshay’s movie is definitely a big thing. 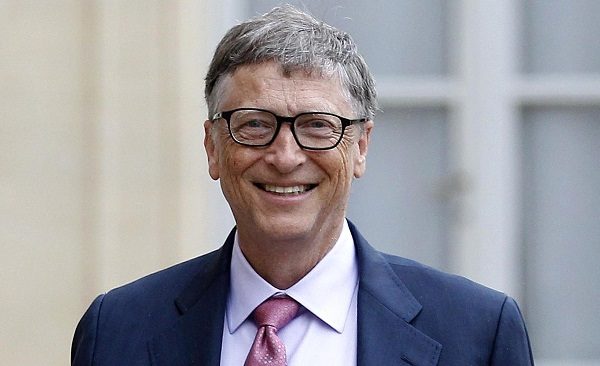 Directed by Shree Narayan Singh, “Toilet: Ek Prem Katha” which stars Bhumi Pednekar in lead role along with Akshay Kumar talks about the lack of sanitation facilities in rural India. At one fell swoop, it also tells that it is not even considered as a problem by many and the real issue is the mindset of people which needs to be changed.

Indian Prime Minister Narendra Modi has also praised the film as it is made on the lines of his Swachh Bharat Abhiyan and he is very determined to stop open defecation in the country by building toilets.

We also congratulate the team of “Toilet: Ek Prem Katha” on this achievement!

Full List Of Zee Cine Awards. Check Out Who Won The Best Actress Award
Rohit Sharma’s Ex-Girlfriend Slammed Him For Giving Credit Of Double Century To His Wife