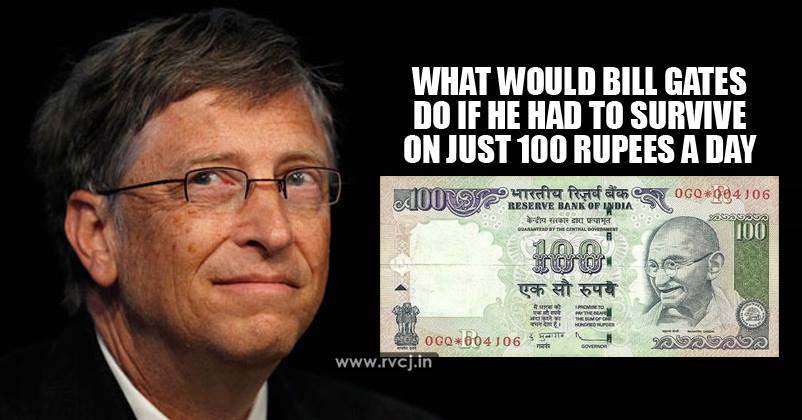 Bill Gates as you all know is the richest man in this world, but imagine if he faces a situation wherein he has to live on $2 per day. What would he do?

Well Bill Gates would raise chickens, he says. On being asked, he explained that there is no single answer to this since poverty situations are different in different places. “But through my work with the foundation, I’ve met many people in poor countries who raise chickens, and I have learned a lot about the ins and outs of owning these birds. It’s pretty clear to me that just about anyone who’s living in extreme poverty is better off if they have chickens.”

He will do this for four main reasons:- Reports add that Bill Gates has done research on his trip to West Africa and has come to the conclusion that an owner of 10 chickens can yield a flock of 40 chicks after a period of 3 months. Moreover, if sale price of every chicken is considered $5, it means that an owner can on an average earn around $1,000 per year. Owners who fall under the extreme poverty line can earn up to $700 an year.

Melinda Gates, seconds her husband on this and hence, their foundation has partnered with another organization Heifer International, who together do the charity of donating livestock to poor families across the globe. Now, they have made it a goal of helping 30 percent of families in Sub-Saharan Africa to raise these chickens. Bill Gates says “It sounds funny, but I mean it when I say that I am excited about chickens”.

So guys, how did you find his idea? Isn’t it thoughtful? If you have better business idea then feel free to share it with our readers in comments section below.

Upasana Singh Too Furious With ‘Comedy Nights Live’ Team! Says Will Drag Them To Court!
This Is How Smriti Irani Reacted When Someone Called Her Dear!