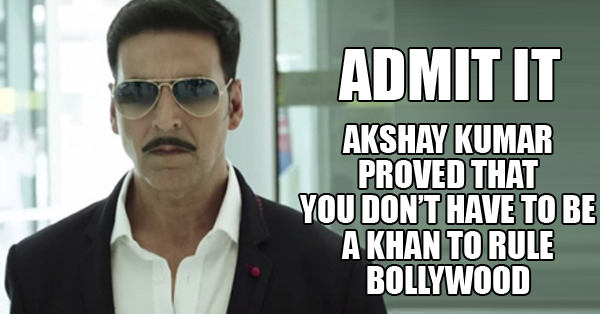 Akshay Kumar’s real name as most of you must be knowing is Rajeev Hari Om Bhatia. He was born in Amritsar to Hari Om Bhatia & Aruna Bhatia. From his early childhood he was very much interested in Dancing and was a well known performer in his community. He in his young age after dropping out from his college moved to Bangkok to learn martial Arts where he even worked as a chef and waiter. He after returning back from Bangkok tried his luck in Modeling from where he got his big break in 1991 in Saugandh. Since then for over 2 Decades he has been entertaining us with his super charisma, action & humorous characters.
He initially was known for his Super Action movies, then he switched to Romantic movies which was loved by people too then he again switched to the most difficult thing which is Comedy. His roles in Bhagam Bhag, Garam Masala, Housefull, Hera Pheri etc were loved & appreciated by all. He is recognized as the Khiladi of Bollywood. The actor today has turned 48 but still is as fit as a 20 Year old. On His birthday we bring you these 9 Funny Memes on Akshay Kumar which will make you laugh hard and make you fall in love with the actor too. He is the Man who proves that YOU DON’T HAVE TO BE A KHAN to Rule the Bollywood Industry!!

Meet The Man Who Is Behind Voice of Bigg Boss
Can Anyone Really Win The 4G Challenge? Find It Through This Hilarious Spoof