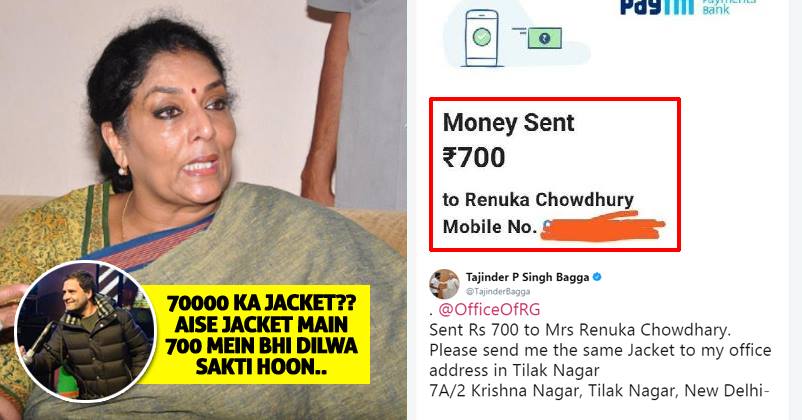 The Indian political circle is very much busy nowadays, discussing about the jacket of Rahul Gandhi which he wore in a program in Meghalaya. The Congress President is in the north-eastern state as he is campaigning for the state elections which are going to take place in February.

He attended a program entitled “Celebration of Peace” and during that function, he wore a black jacket. The Meghalaya unit of BJP dug out information about the jacket and posted it on their Twitter handle. The jacket is said to be two-in-one down puffer jacket from the British luxury fashion brand Burberry and the jacket is listed for Rs. 70,000 (approx.) on the Bloomingdales website. 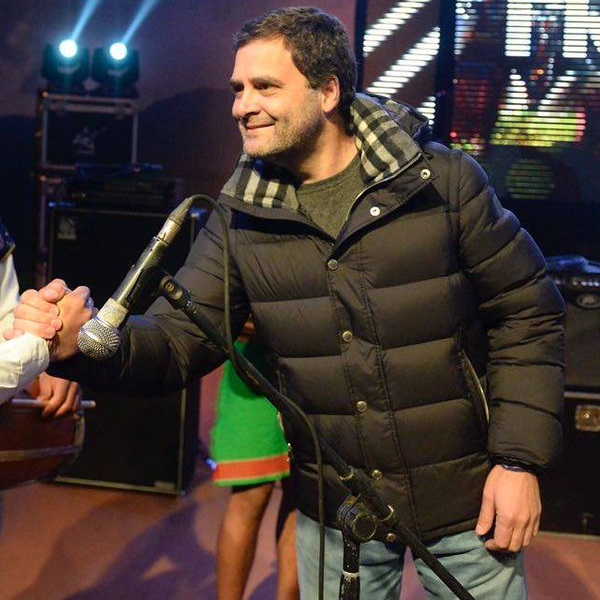 This is what Meghalaya unit of BJP tweeted “So @OfficeOfRG , soot(pun intended!)-boot ki sarkar with ‘black’ money fleeced from Meghalayan State exchequer by rampant corruption? Instead of singing away our woes, you could have given a report card of your inefficient govt in Meghalaya! Your indifference mocks us!”

In this tweet, they paired photo of Congress President in black jacket with the original photo of jacket and its price.

So @OfficeOfRG , soot(pun intended!)-boot ki sarkar with ‘black’ money fleeced from Meghalayan State exchequer by rampant corruption? Instead of singing away our woes, you could have given a report card of your inefficient govt in Meghalaya! Your indifference mocks us! pic.twitter.com/sRvj5eoyRb

This was a jibe at Rahul Gandhi’s comment of “suit-boot ki sarkar” on PM Modi and his government; however Congress laughed at the jibe. Senior Congress leader Renuka Chowdhury said that similar jackets are available in market just for Rs. 700.

#WATCH Congress' Renuka Chowdhury reacts to BJP's allegation stating that Rahul Gandhi wore a jacket worth Rs.70,000, laughs and says, 'I can show you the same jacket for Rs 700.' pic.twitter.com/8JHCrHbw4B

We all know that duplicate and cheap copies of branded items are available in the market but a BJP leader Tajinder P Singh Bagga took trolling to a new level when he Paytm-ed Rs. 700 to Renuka Chowdhury and asked her to send the same jacket to him at his office address.

He tweeted the screenshot of e-mail notification to prove that he has really sent the money to Renuka Chowdury. 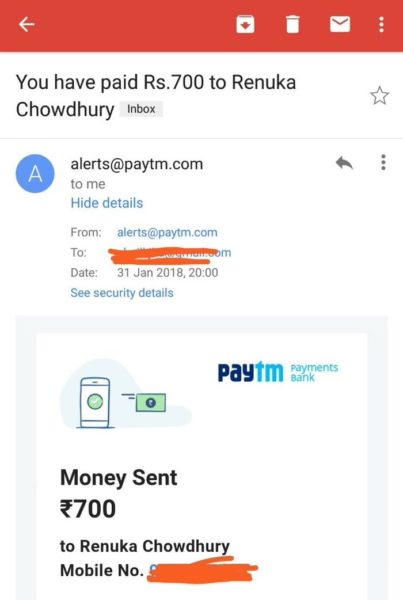 Sent Rs 700 to Mrs Renuka Chowdhary. Please send me the same Jacket to my office address in Tilak Nagar

Don’t forget delivery charges or else they won’t send:

Tajinder , yeh tumne kyaa kiyaa ? this is Congress`s Burberry scam, now that you have sent Rs 700/- you will get reply from Cong that "we have forwarded order to Burberry , delivery will be somewhere in 2056….thank you for choosing Congress… the best scamsters on the planet "

Me too…. 🙋🙋🙋
But first send jacket then I will pay, Congress pe bharosa nhi rha ab.

Her reaction after this:

This is how she's feeling after this step of bagga ji 😂🤣 pic.twitter.com/0s086cj9yf

The Congress leader might have given the statement just to avoid the whole controversy but BJP seems to be in no mood to end it soon.

People Are Trolling The Government After Budget 2018 Was Announced. Trolls Are Too Funny
Karan Johar’s Grey Hair Look Invited Many Trolls. People Called Him Buddha G*Y