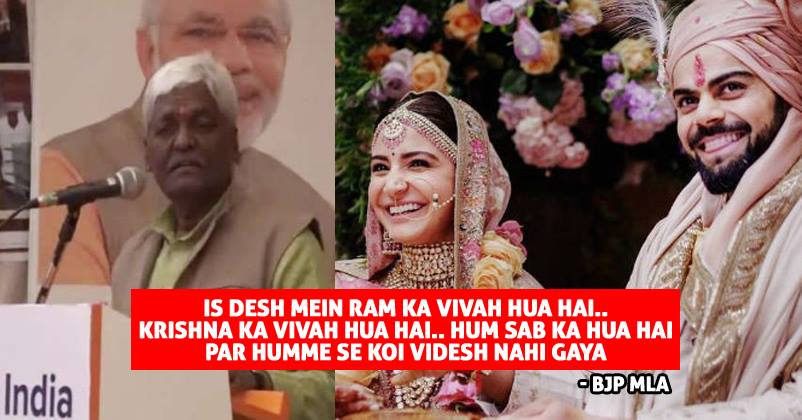 Indian politicians and weird statements go hand in hand. There have been many instances wherein our politicians have received ire for the way they speak or the comments they pass.

Sometimes, their statements are filled with stupidity and are totally baseless. This time, a BJP MLA Pannalal Sakya has received a lot of backlash on Twitter for his statement on Virat and Anushka’s wedding. 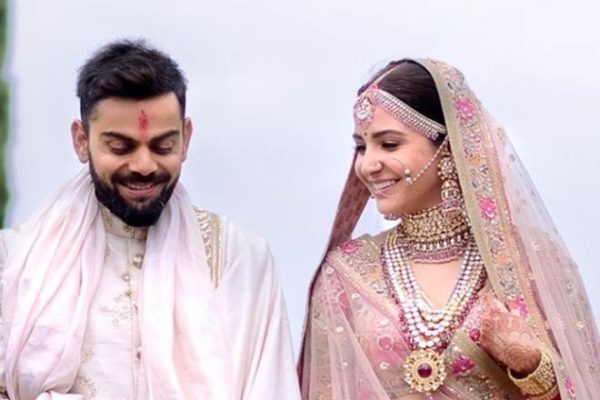 Well, he has a problem with their destination. According to Pannalal, choosing Italy as a destination was totally wrong. He was of the opinion that the duo should have tied the knot in India and should have sought blessings from politicians too.

He has even questioned the patriotism of the couple. How far is it right to slam them for patriotism just because they chose a unique wedding destination?

Here’s the video that went viral;

As soon as people watched the video, they heavily criticized him for his idiotic mindset. Check out how he got slammed.

hereafter you have to get permission from BJP even for peeing if you want to be a nationalist peeing person. otherwise you are antinational

What do you have to say about this guys? Don’t you think such comments on nationalism should stop? India is a free country and people can do whatever they like to.