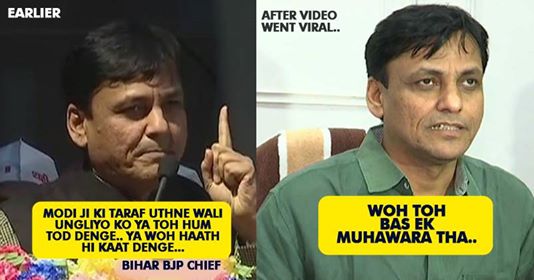 Amidst the Padmavati controversy and all the death threats Sanjay Leela Bhansali and Deepika Padukone are receiving, Bollywood industry is really scared about its future. 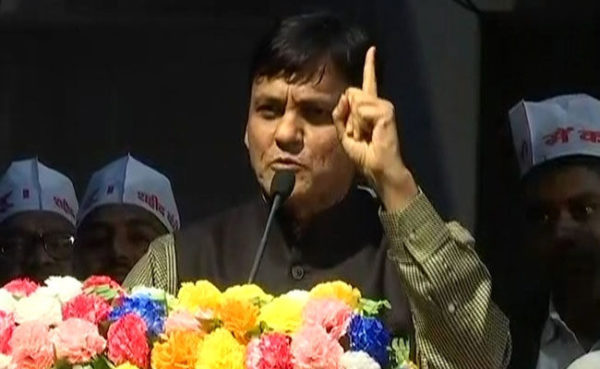 Speaking at the party meeting organised by the Banshi Chacha Samajik Vikas Parishad in Patna, Nityanand said on Monday-

“If anyone would raise his fingers or hands towards Prime Minister Narendra Modi, we all should either break those fingers or chop off the hands.”

The statement instantly sparked controversy and sent a shockwave across the nation.

Now after a day of the controversy, Nityanand Rai has asked for an apology regarding his statement. He also stated that he was misinterpreted. He said-

“I was misinterpreted as what I had said was a proverb in Hindi.” “Haath katna, ungli todna hindi ke muhaavre hain jiska matlab virodhiyon ko daraana hota hai (Chopping-off hands, breaking fingers are proverbs in Hindi which are used to intimidate your opponents).”

Asking for an apology, he said-

“But, even if it has hurt anyone, I feel sorry for this.”

Continue Reading
You may also like...
Related Topics:Nityanand Rai