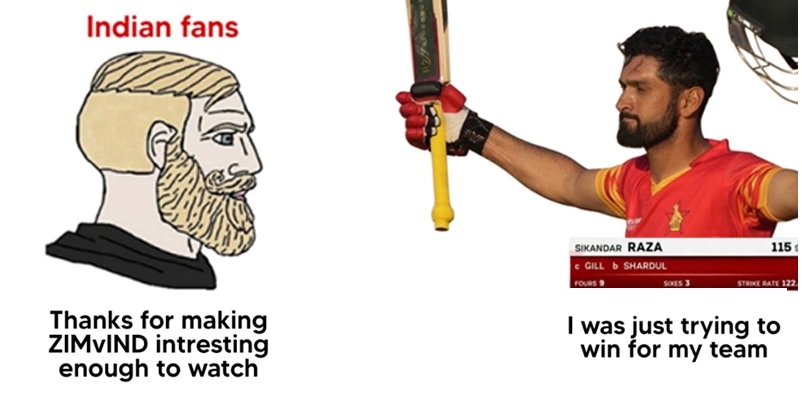 The Indian cricket team may have ended the 3-match ODI series with a 3-0 win against Zimbabwe after winning the third and the final ODI of the series but it is the Zimbabwe cricket team which won hearts of cricket fans by putting up a great show in the last ODI. The Indian side won the toss and posted a good total of 289/8 on the scoreboard with the help of Shubman Gill’s knock of 130 runs (97 balls, 15 fours & 1 six) and Ishan Kishan’s 50 runs (61 balls, 6 fours). Shikhar Dhawan (40) and skipper KL Rahul (30) also played useful knocks and gave a steady start to the Indian innings. 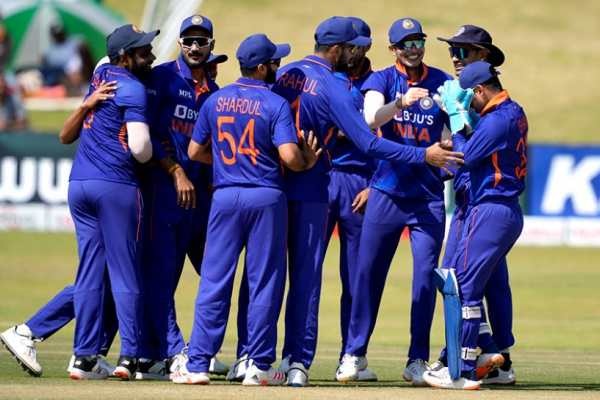 While India won both the first two ODIs comfortably, the Zimbabwean squad was in no mood to give the Indian team an easy access to the victory and their fight back was led by batter Sikander Raja who scored 115 runs (95 balls, 9 fours and 3 sixes). While wickets for Zimbabwe kept on falling on regular intervals, Sikander Raza remained calm and kept on playing his natural game. In fact, there was a time when many felt that Zimbabwe had a good chance of winning the match and if they had held their nerves better than the Indians in the pressure situation, it may have won this match. In the end, India managed to win the match by 13 runs but it was certainly a great performance by the Zimbabwe players and they deserve all the respect and love that they are getting.

The Indian cricket fans were highly disappointed with the manner in which the Indian side performed, some slammed KL Rahul for his poor captaincy while few others criticized pacer Avesh Khan who gave 66 runs in his 9.3 overs but he also took 3 wickets. Several fans also slammed other pacers Shardul Thakur and Deepak Chahar for not trying to bowl Yorkers and instead they kept on bowling slow deliveries. Some Indian cricket fans were also unhappy with Shikhar Dhawan and KL Rahul for playing defensive cricket and for scoring at a low strike rate. 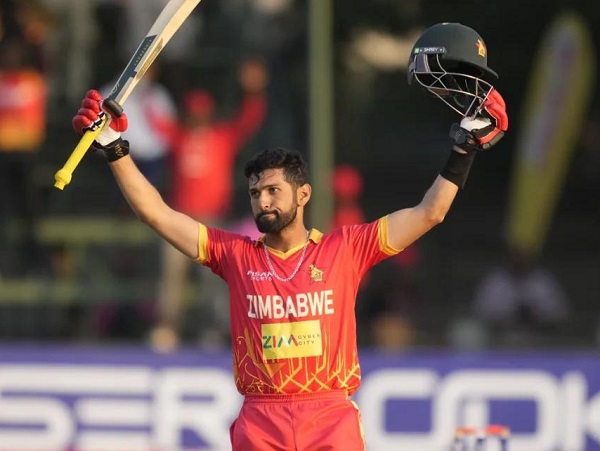 Why on earth I repeat why on Earth this Avesh Khan is in T20 squad for Asia cup?
He is just clueless every time he bowls
whether in powerplay or in death!#ZIMvIND#aveshkhan

India make clean sweep in the series, but Zimbabwe win honours in today’s match with a spirited chase to overhaul 289.This performance highlights why major teams needs to engage more regularly with the minnows to help cricket grow

Can’t believe #aveshkhan is part of the Asia cup squad , the man has no control over his line or length. #AsiaCup2022 #INDvsZIM

We might still defend this score but the approach in this game from batters was far off from the new approach brought in by Rohit Sharma and Rahul Dravid.
Overly conservative at the top which probably cost us an extra 20-25 runs.#ZIMvIND

#aveshkhan has a serious problems of No balls, run ups, wayward bowling & leaking runs he is still raw at International level. @BCCI & selectors shd note and not to select him in future for Indian team

The Indian cricket team will leave for UAE where it will be taking part in the Asia Cup 2022 which is all set to start from August 27. India’s first match will be against its arch-rival Pakistan on August 28 and the former skipper Virat Kohli will also make a comeback in that match after being rested for around a month.

India hasn’t won any major tournament since 2013 Champions Trophy, hopefully this Indian team will win the Asia Cup 2022 under the leadership of Rohit Sharma.