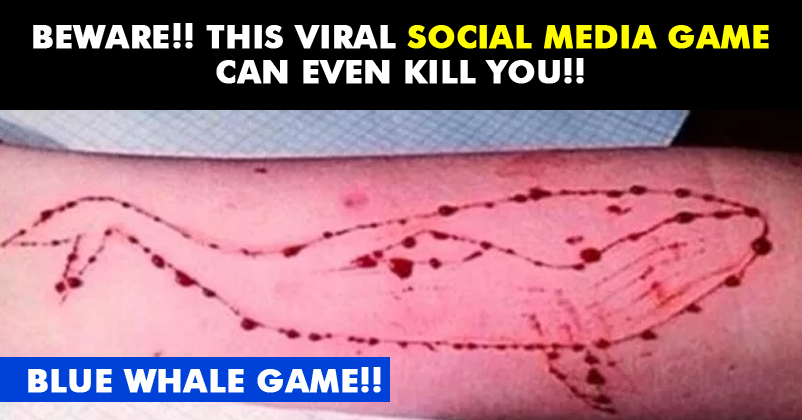 After creating fear in Russia and being the reason for 130 approx teenage deaths, the online sinister games like Blue Whale, A Silent House and Wake Me Up at 2:40 AM have caused terror in schools of Bengaluru, India now. It is being reported that the sick suicide games especially Blue Whale is being played by teenagers in Bengaluru, the city, which already has a high suicide rate in India. This has terrified the residential schools which host many foreign students.

Games like Blue Whale make the teens complete challenges for the 50 days after they signup. These tasks include watching horror movies, waking up at odd hours, cut their arms in the shape of a whale and then finally brainwash them to commit suicide. As per Indian Express, A Blue Whale can reach a young teenager on social media sites if they use certain hashtags and get involved in some groups. When the player signs up for the game, she or he is assigned an administrator who provides them with a daily task to complete for 50 days, of which they must send photographic proof of completion. These tasks are initially simple enough, such as watching a horror movie or waking up at odd times but eventually they are told to inflict harm upon themselves. But on the 50th and final day, they are asked to kill themselves. Those who get cold feet are threatened that the administrator possesses all their information and would bring harm to them or their loved ones.

Talking about the same with Deccan Chronicle, a principal of a residential school near Electronic said,

“Many of our students have access to Internet and gadgets for a few hours in the hostels as their parents live abroad. But since news of these games spread, we have become very alert and have banned our students from playing games on social media.”

Another faculty member of the school added,

” For the past two or three days, we have been getting frequent calls from parents asking if their children are playing games on social media. Thankfully, as we have strictly banned them, no student is playing them. But we are being watchful.”

“All Internet games have been banned for students both on campus and in their homes as they are believed to make them violent and suicidal. We are expecting the government to do something about these games on social media. It should come out with guidelines.” It’s great that schools are taking important steps against the rising popularity of the game, we hope the government puts the best foot forward soon. Also, it’s the time for parents and children to decrease their communication gap. Only when there will be more communication between them, children will be less vulnerable to such threats.

What do you think? Tell us in the comments section.

Continue Reading
You may also like...
Related Topics:India, news

Court Acquitted Man Who Ran Over Child, As The Accident Spot Had No Zebra Crossing!
This Bengaluru Woman Cheated Amazon For Whopping Rs. 70 Lakh. Here’s Her Modus Operandi