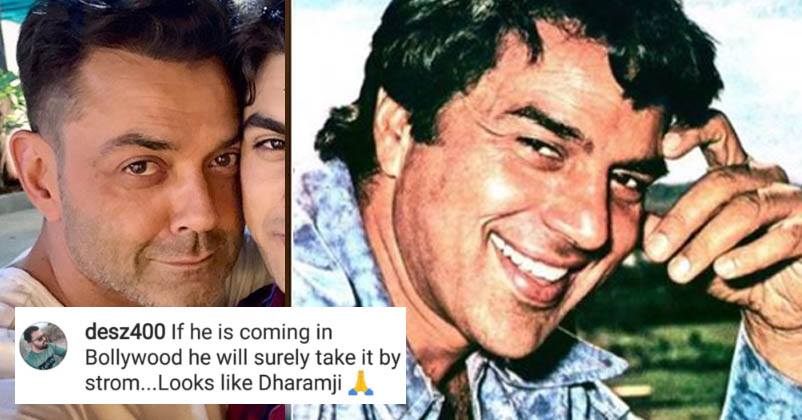 Bollywood star kids are quite popular among the masses. Even before their debut, they are stars. People starts adoring them and waits impatiently for them to come on big screens.

Recently we had many star kid debuts though. Each one was fantastic. But, recently when Bobby Deol posted son Aryaman’s picture, people started praising his good looks and how much he resembles his grandfather.

Dharmendra was a hit in times to recall. We are so looking forward to his debut as well. But resembling his grandfather in his acting format will be tough though. 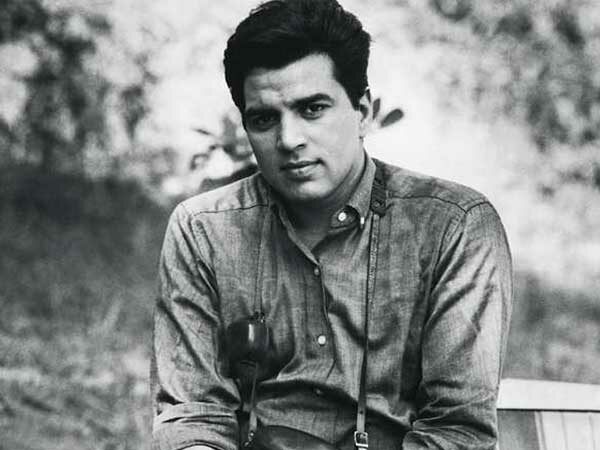 If that’s how it feels!! Being 49 was amazing .. 50 is going to be even better … I reminiscence the life experiences I have been through and how they have made me grow as an individual. I take the same opportunity to remember the amount of love that all of you dear to me have given me. It is this love that is my strength which keeps me going. My son is symbolic to this change. Finding a friend in his young father. I hope to continue living my life happily with all of you loved ones. I have turned 50 but I’m still always going to be the twenty something young adult all set to win the world. – Love Love Love to all 🤗😘

People couldn’t help but notice his son, Aryaman’s resemblance to none other than Dharmendra, the yesteryear hit Bollywood actor. Check out these fan comments.

So, what do you think about this resemblance, after seeing the pictures? Are they really looking like each other? Share your thoughts with us.

Sanjay Dutt Wished Daughter Iqra & Not Trishala On National Girl Child Day, Gets Badly Trolled
Rekha’s Reaction To Big B’s Photo Is How Someone Would React To Their Ex.