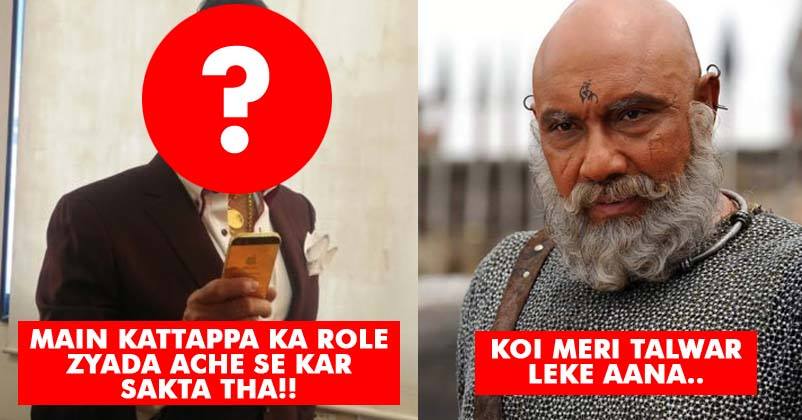 Both parts of Baahubali have released and are out of most of the cinemas now. But the memories of this much-loved series are still intact in our minds. Who can forget the characters, storyline, cinematography and of course the action it delivered us? Not just the lead heroes Prabhas & Rana Daggubati but the supporting cast, especially Sathyaraj left a memorable impression as he played the iconic character of Kattappa.

However, there’s someone who is not much impressed with the performance of Sathyaraj i.e. Kattappa and thinks there was much more scope in the character.

Here, we are talking about none other than Gulshan Grover; he is confident that he could have played Kattappa’s role better than Sathyaraj.

Talking with HT regarding the film, he said-

“When I saw Baahubali, I felt Rajamouli had wonderfully penned the character of Kattappa. And the second thing that came to my mind is that I would have played the role better. Had I got the opportunity, the character would have excelled more,” Well, considering the history of Gulshan in films, we can agree that he may have done complete justice to the character of Kattappa. But, we can’t just imagine Sathyaraj not playing it because he’s the one who has made it unforgettable.

Gulshan Bro, you can try if they make a Hindi remake of Baahubali in future. What say, guys? We would like to know your choice. Gulshan Grover or Sathyaraj?