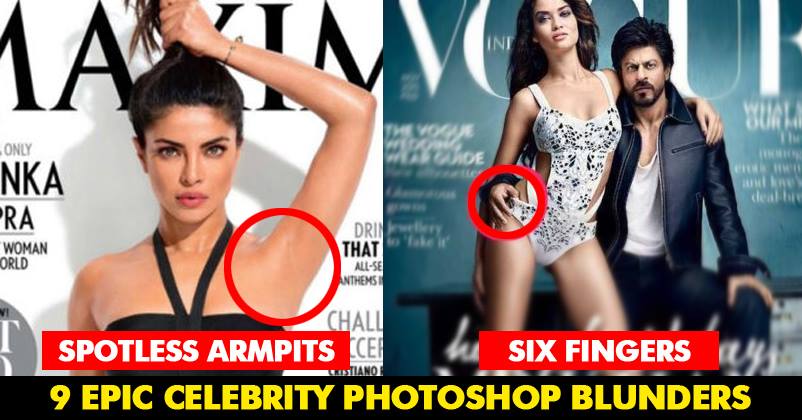 Photoshop is that tool of the modern era which can turn imagination into reality. The right tools and a clear picture in your mind is all you need. Some clicks here and there and magic. It can turn your chubby cheeks into the perfect Bebo pout. Photoshop is like the blessing in disguise now you don’t have to go to the gym to get a flat stomach all you need is some tricky knowledge about this software.
Even though photoshop is used to enhance our looks but below listed are our favorite Bollywood celebrities whose images were photoshopped mercilessly and senselessly.
Why did I write mercilessly and senselessly? Read below, and you will know why.

1. Is this really Rani Mukherji? 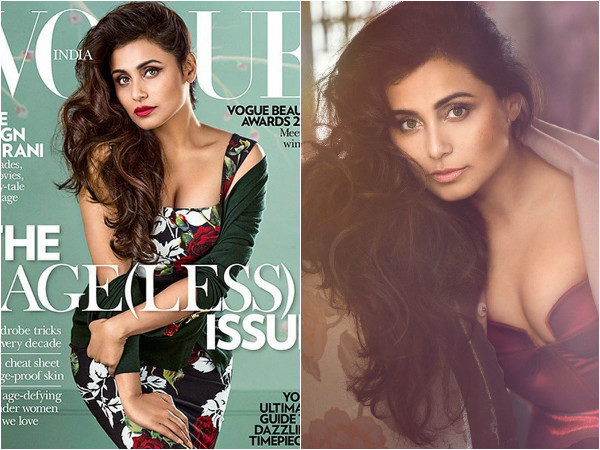 When I saw this photo for the first time, I could not believe that it is our own Rani, but when I looked carefully, I could recognize her. The person photoshopped her photo so much that it lost its originality. She featured in the Age Issue of the Vogue magazine.
The person tried to make Rani look perfect with the perfect jawline and curves, but instead, it looked weird.

2. The tale of the dusky woman who suddenly turned snow white- Kajol 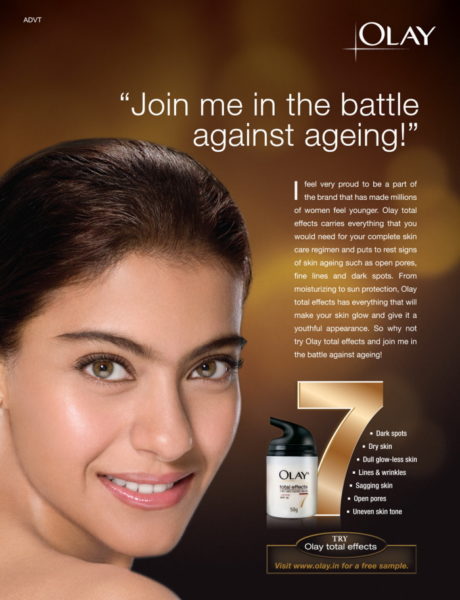 She has broken many stereotypes after she endorsed the Olay cream advertisement with her unibrow. Her natural skin tone is a bit dark, and that is how we have seen her on the silver screen, but in this advertisement, she looked so fair that everyone was amazed or rather I should say shocked. 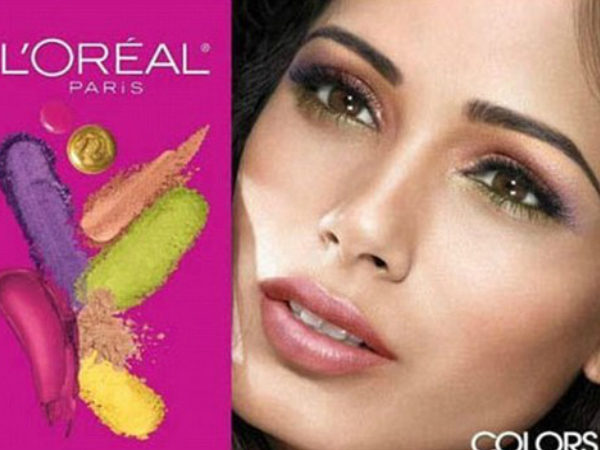 Even though she has mainly appeared in British and American films yet after Slumdog Millionaire, she won the hearts of the Indian audience as well. In this L’Oreal advertisement she looks very fair, but in reality, her skin tone is dark. 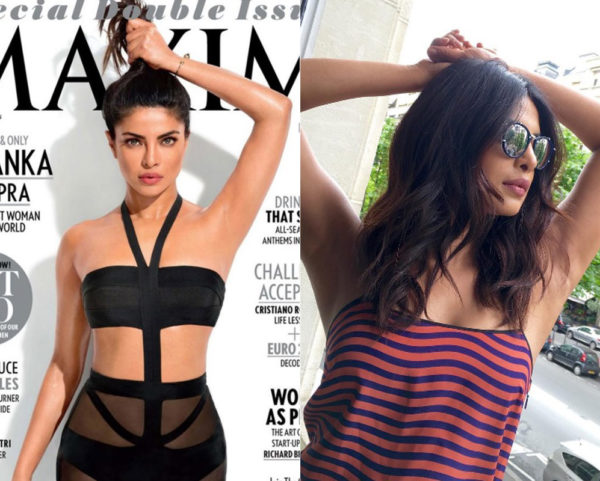 I think this photo editor was a huge fan of PC and that is why he chose to make her look flawless. Look at her armpits in this Maxim cover. They don’t even look natural. She too realized this and then she shared a photo on social media account flaunting her bumpy armpits. 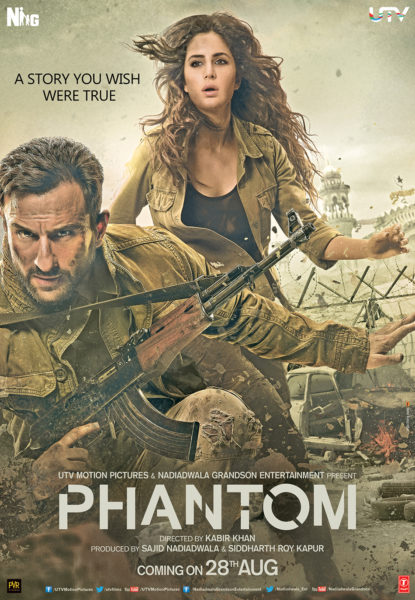 In this movie poster, her cheeks look like the cheeks of the Barbie doll. With special mention about her eyes and lips. 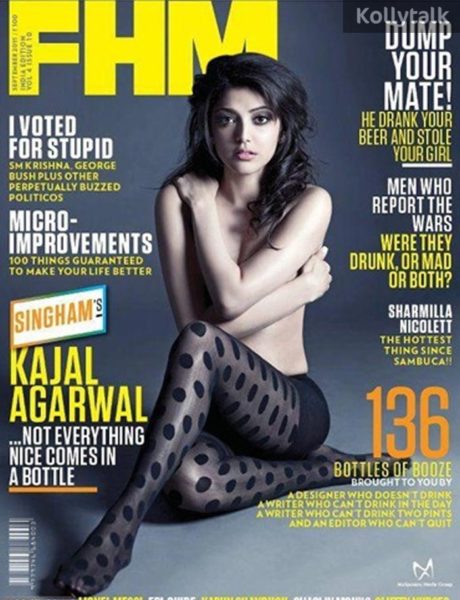 After the magazine launched this edition, Kajal became the talk of the town. She revealed that during the shoot she was wearing a black top and she had approved the images as well but what happened in the final decision was in front of all of us. Photoshop could make us look slim, but it can remove clothes as well. Woah! 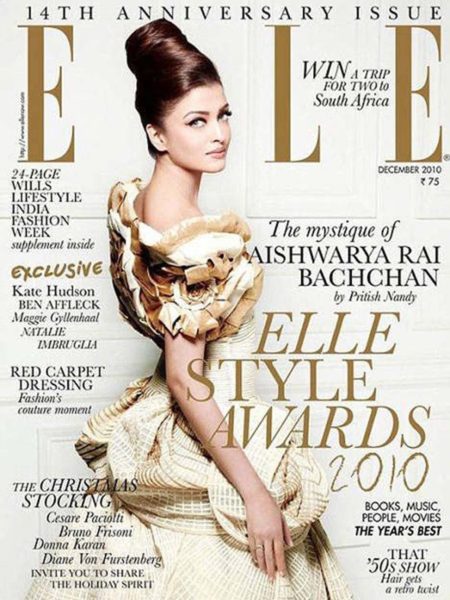 Indian girls have fair skin tone, but it is not the type of skin tone which the western people have. Aishwarya too is fair, but in this Elle cover, she looked like a white light bulb. 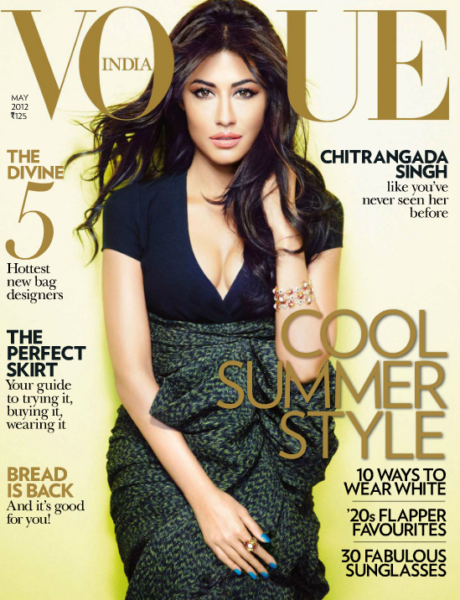 In this magazine cover again our dusky beauty is photoshopped mindlessly. This photo editor likes the airbrush too much. 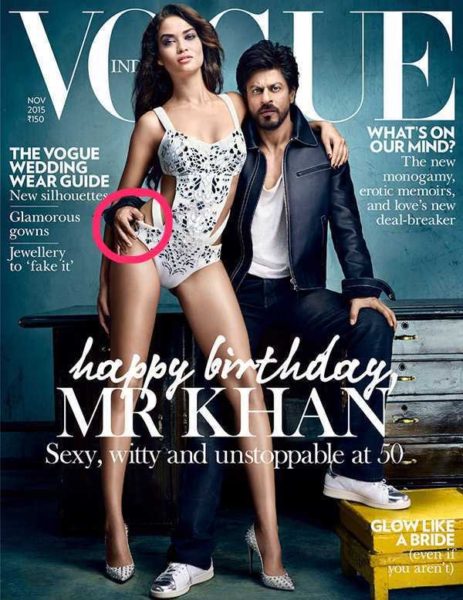 In this photo, the photo editor added an extra finger on SRK’s hand. Did he mistake him for Hrithik Roshan? It was in 2015 which was SRK’s 50th birth year.

Well, that is it. But not for you all, you all can share your photoshop failed images in the comment box below.