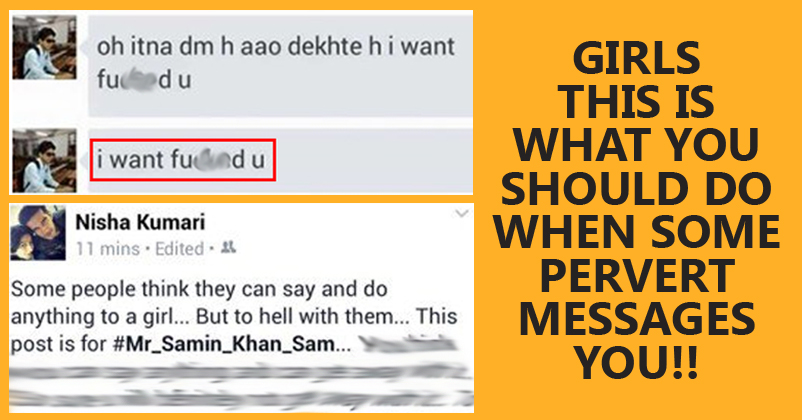 I LOVE YOU JAAN!! I WANT TO FUC**D YOU!! what do you do if your sister or a friend receives such messages from an unknown Facebook account? What do you when you report it to Facebook and Facebook disappoints you by saying that the message is not a violation of law and hence nothing can be done in order to teach such jerk a lesson. Its time that Facebook gears up and includes any method by which if a person sends such abusive or annoying message and is reported should be blocked from Facebook. Why would Facebook even protect such perverts who do not even know how to talk to a Girl and respect them. Like many other instance here is one more story of a girl who received annoying and disturbing message from a Guy. She didn’t have any other option so she had posted screenshots of the chat on her profile. Here is what that Pervert had sent her: Screenshots keep coming but the question is when will this End? When will Facebook take a measure to take action against such perverts? What are your views on this? Share your views and comments on the story in the comment box below.

This Guy Posted His Pic Of Being Fit From Fat On RVCJ Page & Users Got Crazy
These Women Think Rules Are Made For Men Only. Don’t They Need A Lesson?