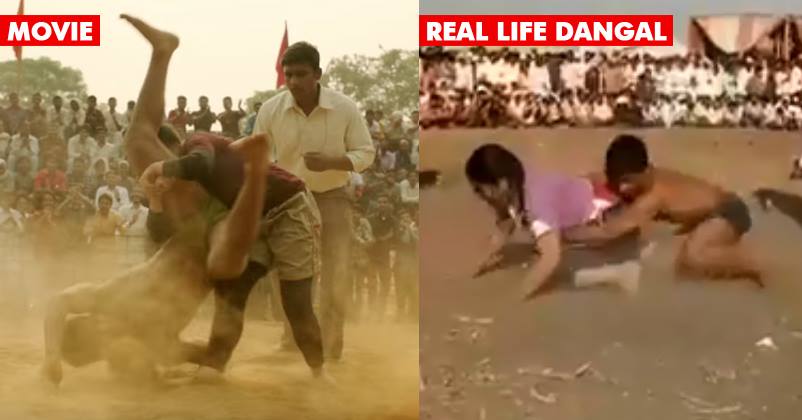 Aamir Khan’s “Dangal” not only broke many records on the box office but also made the game of wrestling more popular than ever. It won’t be wrong to say that the sport didn’t have the fame and recognition that it deserved prior to the flick.

By throwing light on the lives of Mahavir Singh Phogat and his daughters Geeta and Babita, the movie has encouraged many girls to go for wrestling and make nation proud like the Phogat sisters.

A video is going viral on the micro-blogging site Twitter in which a brave girl from Maharashtra can be seen wrestling with a boy. They both appear to have the spirit to win the game and the way they are wrestling is no less than a visual treat to sports lovers. 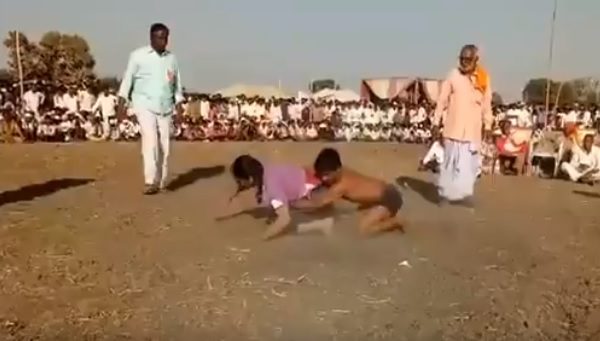 In the 2-minute game, none of the duo is in the mood to let the other win but it’s eventually the girl whose courage leads her to the path of victory.

This gutsy girl from Maharashtra facing a boy.

This gutsy girl from Maharashtra facing a boy.

Can she win?
2 min video pic.twitter.com/d1PWXOgY5Y

Twitter is also happy with her victory and this is how users reacted:

She needs good training to do big in this field:

Great show, encourage her to train for higher levels.

It’s good to see that girls are taking up such sports as challenge and emerging as the winner. What do you say?

Trailer Of Mission: Impossible-Fallout Is Out. Tom Cruise Is Looking Rocking As Ever
Forget Singham & Drishyam, Ajay Devgn In Raid Is Baap Of All Serious Roles. Already A Blockbuster