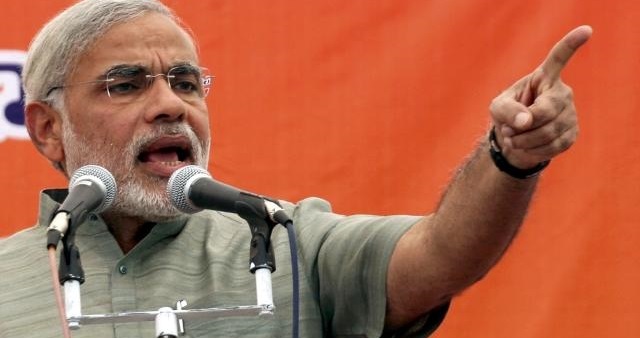 A case has been filed against Narendra Modi, Prime Minister of India, for allegedly hurting the sentiments with his remarks in Seoul that people earlier used to think that they have born in India because of some sin committed in their past life.

“There was a time when people used to say we don’t know what sins we committed in our past life that we were born in Hindustan. Is this any country, is this any government…we will leave,” said Modi.

The case has been filed in Kanpur by Sandeep Shukla, an RTI activist,  in the court of  Meena Shrivastava, Chief Metropolitan Magistrate. Shukla said that he had watched Modi’s speech in Seoul on TV and was hurt by what he said so he filed a complaint against him. Shukla also added that he has already submitted a video clip of the speech to the court as a piece of evidence. The court has fixed June 10 as the date for hearing. Let us know what you think in the comment section below.

Traffic Police Trolls It, Causes The Biggest Ever Delhi NCR Traffic In The History
News And Video Of Two ON DUTY Drunk Chulbul Pandeys In Gujarat Dancing With A Lady GOES VIRAL