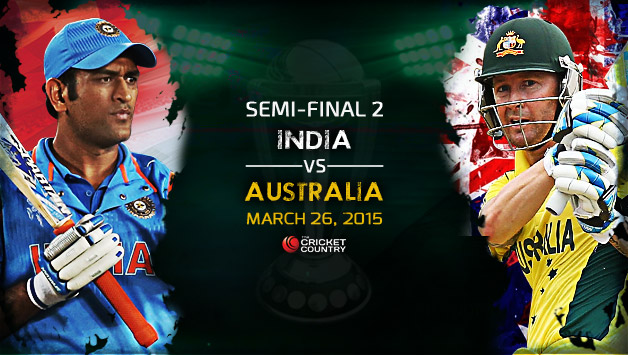 Raina who has planned to get wed Priyanka Chaudhary is supposed to approach Bamonoli on 3rd of April subsequent to the completion of World Cup 2015.

Unsurprisingly, villagers have begun to take each and every cricket match played by Suresh Raina quite seriously. Without a doubt, semi-final between Australia and India holds great significance for all the Indians, as it will open the doors of finals for the team India. Probably the same is the reason as to why panchayat seems to touch the heights for cricket by taking an out of the ordinary decision and that’s to command all of the 12k inhabitants neither to do farming not any other work on Thursday. They all are forced for watching the semi-finals, whether they want or not. Moreover, a big screen has also been provided to the villagers; that’s the craze for World Cup cricket matches in our country.

It’s also worth mentioning that no one has openly complaint against this decision. To quote what Prahlad Singh, a resident, told Times Of India,

“It is a matter of great honour for the village that its daughter is getting married to a cricket star of India. And to make this event memorable we have installed a screen and arranged for more than 2,000 people to sit in front of it and watch the match. The rest can sit on the ground and enjoy the game. It will be a public holiday for villagers and all have been asked to watch the match. Let everyone see our son-in-law in action.”

In the words of Hemant Singh, another village dweller,

“There is a sudden surge of interest in cricket in Bamonoli. Even those who never heard about this game are keen to follow the sport now. Youngsters who are highly enthusiastic about the whole event are making it a point to bring people even from the remotest corners of the village to see the would-be son-in-law of the village in action.”

To believe sources, Priyanka came back in recent times from the Netherlands to get wed with Raina.

Maternal grandfather of the to-be-bride maintained,

“Yes, we have the marriage of my grand-daughter. It is a very private ceremony and we are not including media in it.”

Delhi Police Caught The Murderer By WhatsApp Within Just 30 Minutes!
Yuvraj Scored 56 Off 29 Balls & Sehwag 85 Off 50 Balls In Domestic Cricket – Will India Miss Them Today