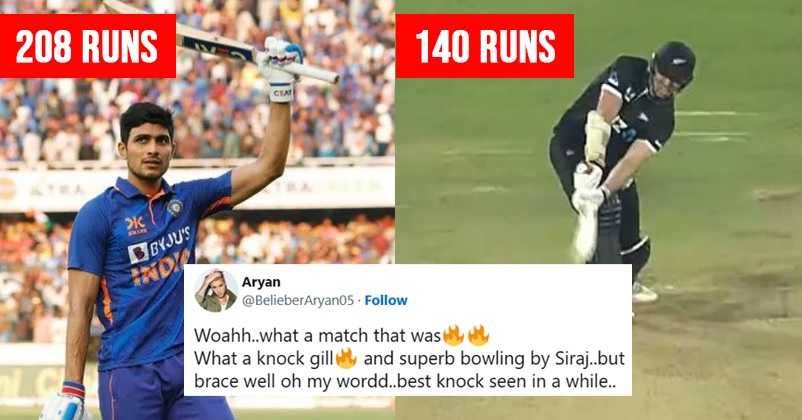 The first ODI of the 3-match series between India and New Zealand was one of the most exciting and thrilling encounters of all times. Though India won it by 12 runs, it was a neck-to-neck competition till the last over until Michael Bracewell got out on the second ball of the last over. 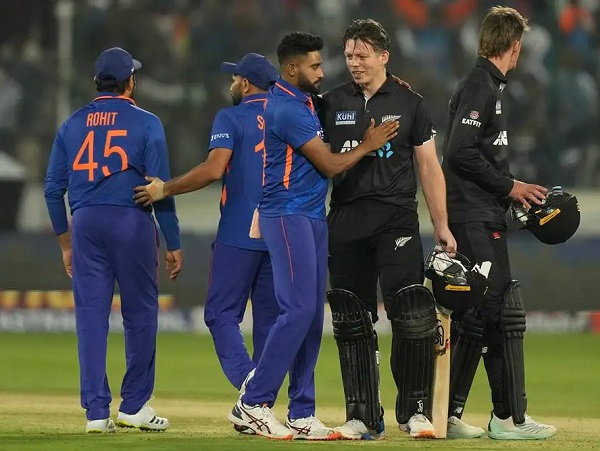 The match was played yesterday at the Rajiv Gandhi International Stadium and the Indian skipper Rohit Sharma decided to bat first after winning the toss. The decision was proved correct as the openers Rohit Sharma (34 runs, 38 balls, 4 fours, 2 sixes) and Shubman Gill (208 runs, 149 balls, 19 balls & 9 sixes) gave a solid start by producing a partnership of 60 runs for the first wicket. Though Hitman failed to capitalize on the good start that he got, Shubman Gill stayed till the last over and ensured that his team gave a big target of 350 runs to the visitors. With this 208 runs, Shubman Gill has joined the elite 200 club and he is the youngest of all to score a 200. The wickets kept on falling regularly but Shubman Gill kept on playing aggressive cricket until he was caught by Glenn Phillips on the bowling of Henry Shipley. 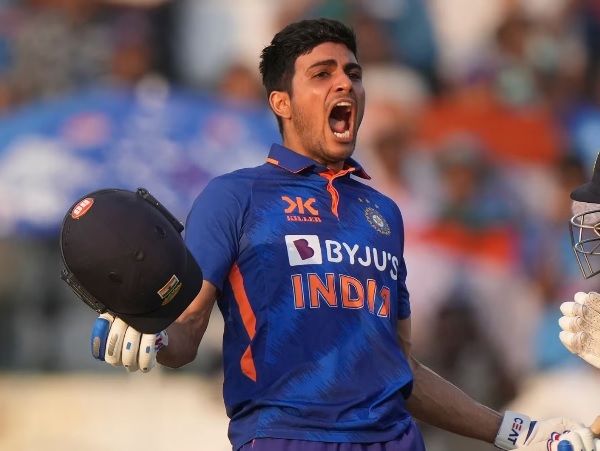 New Zealand didn’t get a good start, it also kept on losing wickets from both sides and there was a time when India’s win looked certain as the Kiwis were reeling at the score of 131/6. However, Michael Bracewell had different things in mind as he brought his team back in the game by playing some wonderful shots and by scoring runs at a good pace. Mitchell Santner supported Michael Bracewell in a pretty good manner as both these batters stitched a partnership of 162 runs for the seventh wicket. While Mitchell Santner got out on the score of 57 runs (45 balls, 7 fours & 1 six), Michael Bracewell returned to dug-out after scoring 140 runs (78 balls, 12 fours & 10 sixes). Despite great efforts by both these batters, the Kiwis fell short by 12 runs and cricket fans praised both the teams for such a good contest. 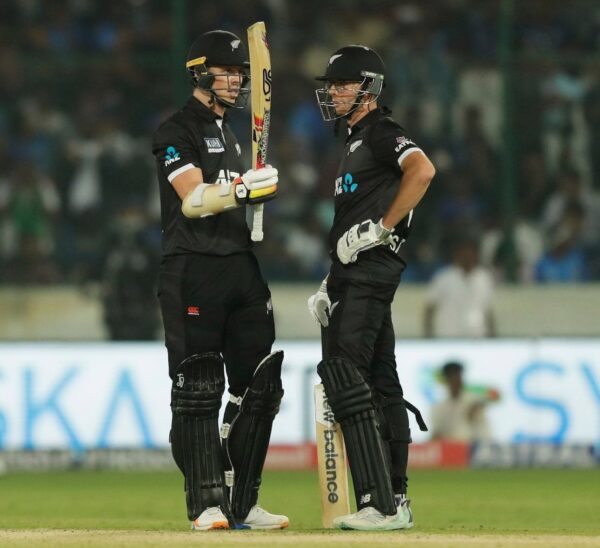 It was not possible for Twitterati not to react on such a nail-biting contest and here are some selected reactions for you:

What a crazy game and what a mad knock from Michael Bracewell!

What a fight 🔥
What a innings
Bracewell pic.twitter.com/ZNTQPByY1z

Win continues for India in 2023. This is a World Cup year. ODI world cup. If India continues with same team of Ishan Gill Kuldeep in playing 11 then this team is very strong contender of winning WC. Better team than the team in World Cup 2021 and 2022

Great innings bracewell.. and greatest innings by gill that made the difference. Thats the kind of matches we want to see. Competitive and exciting. Not against that fraud sri lanka team. Dont want to use this word for them but that has been their performance.

What a match 🔥#TeamIndia won the super thriller by 12 Runs. Despite putting 350 as a target, the special knock by Michael Bracewell 140 (78 balls) took New Zealand as close as 337.

Woahh..what a match that was🔥🔥
What a knock gill🔥 and superb bowling by Siraj..but brace well oh my wordd..best knock seen in a while..

We should always try to score 350+ against good teams If we could do that. in ODI

Total Madness and Brilliant Game of Cricket after a long time!

Mohammad Siraj was the pick of the bowlers for the Indian team as he took 4 wickets for 46 runs in the 10 overs that he bowled, Kuldeep Yadav took 2 wickets but undoubtedly the biggest wicket of this match for Indian bowlers was the wicket of Michael Bracewell which was taken by Shardul Thakur as he ended the match with the figures of 2/54.

The second ODI of the series will be played on Saturday (21 Jan 2023) at Shaheed Veer Narayan Singh International Cricket Stadium, Raipur.