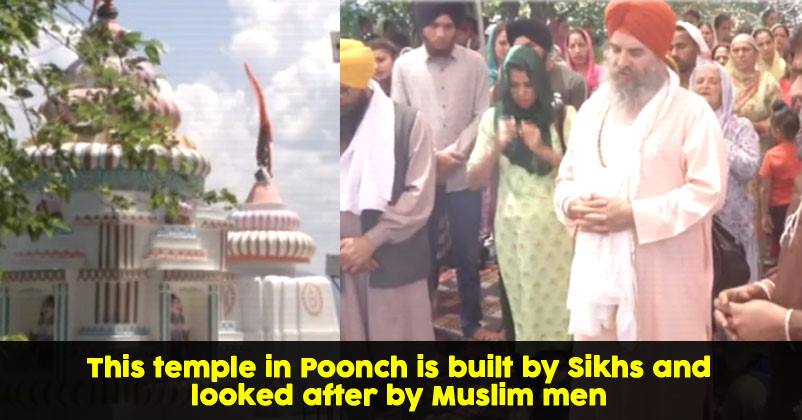 India is a very diverse nation and people from all religion or community has been living here since centuries with peace and unity. A live example was seen in a Temple located in the Poonch district of Jammu & Kashmir where people of all religion gathered to celebrate an annual commemoration.

A temple of Lohar Devta situated in Poonch stands as a symbol of communal harmony. A grand celebration takes place in the temple twice a year and irrespective of religion and community, a large number devotees gather here. Thousands of believers from Poonch, Rajouri, Sunderbani, Nowshera, and Jammu come here during the festivities.

Though the temple is a religious place for the Hindu community, it welcomes all religions with open arms. Even the construction of the main shrine of the temple was initiated by a Sikh devotee S. Rajendra Singh. Furthermore, the temple is situated in a Muslim majority area and the localites have been taking care of it for years.

One of the officials says that Hindus visit the temple in large numbers only twice a year, the rest of the year they take care of it. He adds that his Hindu brothers also take care of their religious places like Ajmer Shareef. The official prays that all the religions of India live with peace and harmony in the country.

The temple also has a langar hall where everyone, be it Hindu, Muslim, Sikh or Christian, sits together and enjoys the meal. Security of the temple is raised during the annual celebration to keep any kind of nuisance away.