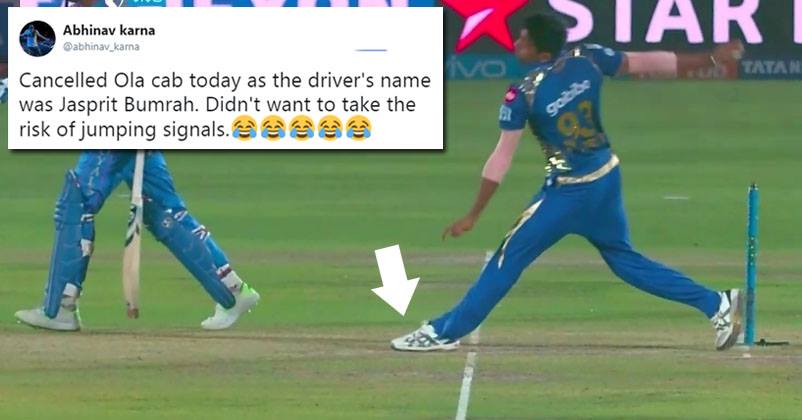 IPL 2018 has not been going well for Mumbai Indians (MI) as after five matches, they stand as winner in only one of them.

Yesterday, they lost the match against Rajasthan Royals (RR) by 3 wickets after RR achieved the target of 168 runs with two balls to spare. The fans of MI are not at all happy with this performance of their team as they have lost the maximum matches in the last over and this time, their sole target was bowler Jasprit Bumrah. 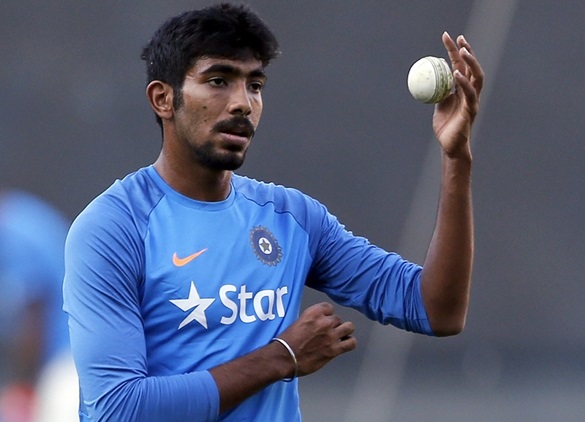 However, the seventeenth over bowled by Bumrah at the Sawai Mansingh Stadium in Jaipur was a superb one. He took two wickets and gave only one run in that over. RR was in a tough situation as they needed 44 runs of the final 3 overs but things eased out for them after Bumrah was smashed for 18 runs in the second last over of the innings.

Fans are angry with him not just for the 18 runs that he gave but also because of the no-ball that he gave in the second last over. Twitter was flooded with tweets expressing their anguish over the no-ball bowled by Jasprit. Here are some selected reactions:

Cancelled Ola cab today as the driver's name was Jasprit Bumrah. Didn't want to take the risk of jumping signals.😂😂😂😂😂

People To Jasprit Bumrah:- Why do you deliver this so much of no ball.. pic.twitter.com/3pvjmsSgJt

Once Jaipur Traffic Police Trolled Jasprit Bumrah Like This

Jasprit Bumrah bowled another No-Ball in a Crucial Moment of the match !!
.
Some habits never change ☹️#RRvMI #MIvsRR pic.twitter.com/K2jxXW5Phj

Jaipur Traffic Police, why had you trolled Jasprit Bumrah ???

For everyone else there's a stepping stone to success

Jasprit Bumrah: oversteps the success & leaves it behind.

Rajasthan royals needed 28 off 12 balls then no ball specialist jasprit bumrah gave away 18 runs in an over and won the game for opposite team but but world's best death bowler who wins the game single handedly for opposition 😂#VIVOIPL#IPL2018#RRvMI pic.twitter.com/2LzJSIOFuq

1. whoever told Jasprit Bumrah to focus on a hard length instead of yorkers in the death is a terrible coach
2. about time Bumrah gets a knock on his head for the consistent no-balls in high pressure situations
3. lol #RRvMI #IPL

Fans’ anger is justified as this is not for the first time that Jasprit has bowled a no-ball in a crucial situation. If you remember, in the finals of ICC Champions Trophy last year, Pakistani opener Fakhar Zaman was caught behind by Dhoni on Bumrah’s bowling but when the umpire checked, it was a no-ball and Fakhar went on to score a century that helped Pakistan win the match by 180 runs.

We understand Bumrah gave a no-ball by mistake but when fans love you madly, they have the right to criticise you as well. We just wish that Bumrah focuses on his game and helps MI in winning their remaining matches.