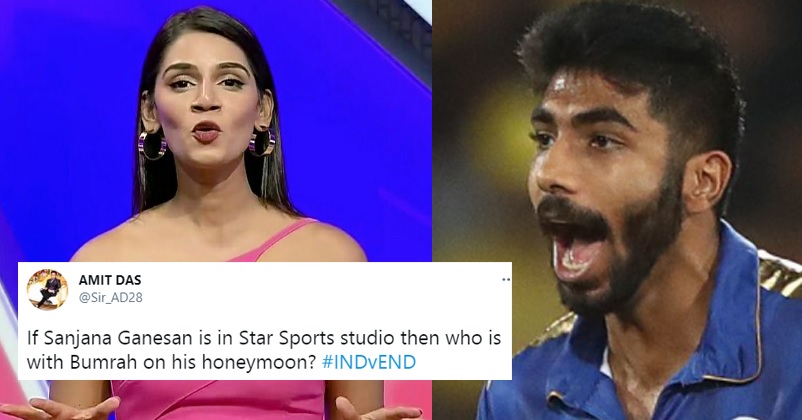 The Indian cricketer Jasprit Bumrah got married to sports presenter Sanjana Ganesan recently in a private ceremony at Goa. The manner in which they both kept their relationship and marriage a secret affair and didn’t let the media know the details is certainly praiseworthy, especially when mediapersons are hell-bent on knowing about everything related to celebs. 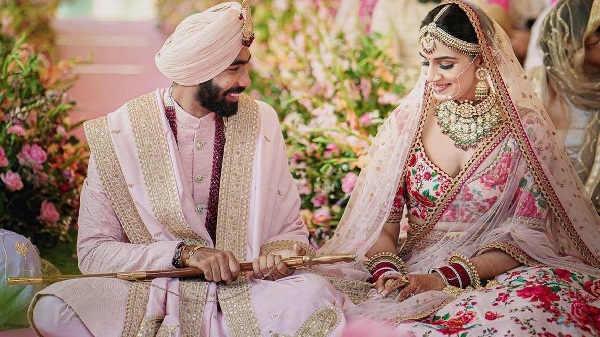 The speculations of Bumrah’s marriage started when he opted out from the fourth test match against England citing personal reasons. Though Jasprit Bumrah and BCCI didn’t make any official announcement, a source from BCCI confirmed that the Indian pacer was getting married soon because of which he was taking leave in order to prepare for the big day.

At that time, many people thought that Jasprit Bumrah might by tying the knot with south Indian actress Anupama Parmeswaran but soon the rumours were put to rest by the actress’ mother. Then the name of Sanjana Ganesan came into light but surety came only after the couple made the announcement regarding their marriage through social media networks and posted their photos and videos.

The latest news is that Sanjana Ganesan is back to work post wedding and she was seen in Star Sports Studio before the second ODI which was played between India and England at the Maharashtra Cricket Association Stadium, Pune. Sanjana has been associated with Star Sports since 2016 and she has hosted not only Indian Premier League in the past but 2019 ICC World Cup as well. 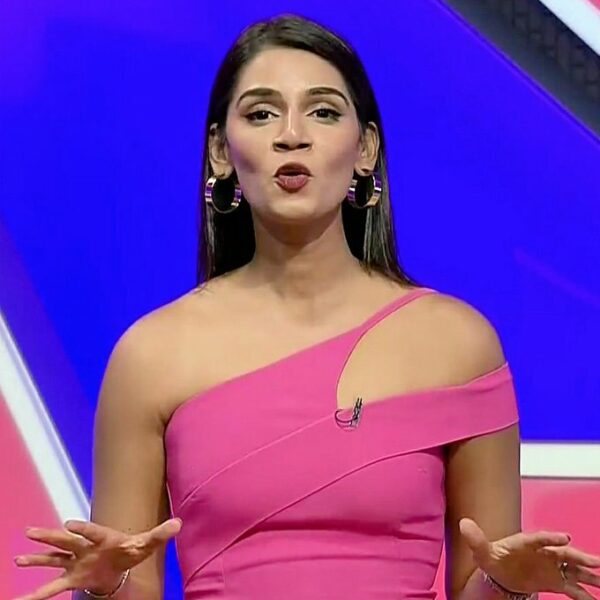 Sanjana is the host of TV show Cricket Live which is a pre-match show. While fans love the commitment of the beautiful sports presenter, they also asked about the whereabouts of her husband Jasprit Bumrah.

Why bumrah didn't come if sanjana is presenting today? 😭#INDvENG

.@SanjanaGanesan is back with @StarSportsIndia, where is @Jaspritbumrah93?! #JaspritBumrah #INDvENG

Sanjana is back in the studio, what's Bumrah doing alone in honeymoon?

She is back at work 😲😲
Sanjana Ganesan

Great to see @SanjanaGanesan back in the Star Sports studio. #INDvEND

If Sanjana Ganesan is in Star Sports studio then who is with Bumrah on his honeymoon? #INDvEND

This Sanjana (Ganesan) is not a papa ki pari..

She's back to work not so long after marrying Jasprit Bumrah. #INDvENG

The Indian pacer Jasprit Bumrah will now be seen in the IPL 2021 in which he will represent Rohit Sharma led Mumbai Indians, the team that has won the tournament five times.