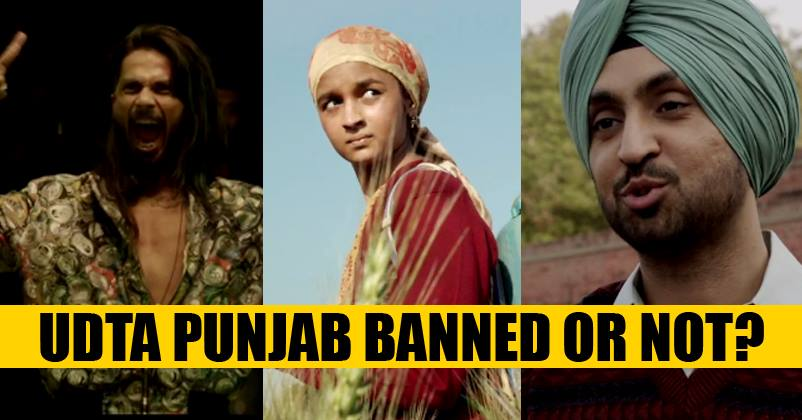 All the fans of Shahid, Kareena and Alia, please control your emotions and calm down as till now, no ban has been imposed on the movie “Udta Punjab”. As per the official statement made by Balaji Motion Pictures, one of the producers of the film has stated that a revising committee will now take decision on the film’s certification. In the words of Aman Gill, CEO of Balaji Motion Pictures, “To set the record straight, Udta Punjab has not been banned. The examining committee has deferred the decision to the Revising committee and the due process is on.”

The same information has been shared on Twitter by producer director Anurag Kashyap. Take a look at his tweets:

A film is banned only when examining, revising and FCAT all three refuse certificate . And then you fight it out in Supreme Court

And due process takes it own time so please abstain for spreading a BAN rumour. There is nothing to speak on the subject as of now.

Anurag’s Phantom Films is also one of the producers for the movie “Udta Punjab” and the director confirmed that it may take time for the process to complete but the movie is not banned at all.

On Thursday, some media reports said that CBFC has imposed a ban on “Udta Punjab” because of the extreme use of abusive language and drug consummation in the movie. As per some other reports, 40 cuts have been demanded by CBFC, which include a song and a scene in which an actor is seen using drugs. It’s also said that the producers have talked to I&B Minister Rajyavardhan Rathore for getting movie cleared by CBFC.