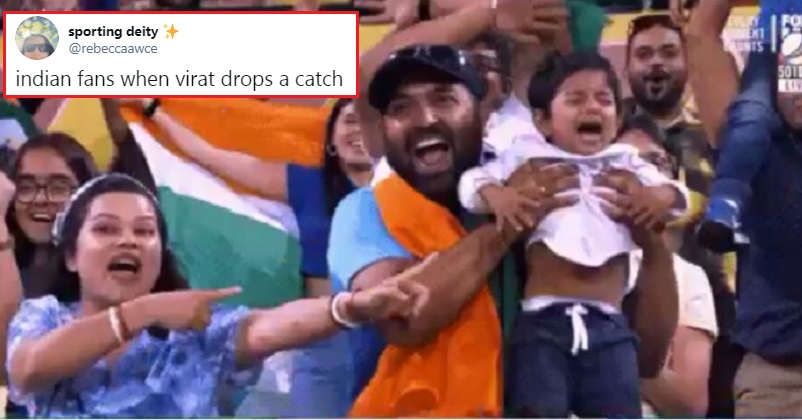 Every ardent cricket fan hopes to watch at least one cricket match in stadium in his life despite the fact that watching a match on television with friends or family at home or club is quite entertaining. While watching on television, a person also gets to hear the former cricketers while they do commentary and can also see the replays of the shots played or dismissals done in the match. However, watching a match in the stadium has its own benefits as though there a person is not able to see the game properly, he can actually feel the energy and enthusiasm of the people around him and also have a chance to see the cricketers from nearby.

The cameramen are also always eager to capture the moments which are unique or beautiful and something of this sort happened in the second T20I which was played between India and Australia at Manuka Oval, Canberra, Australia. The camera captured an Indian supporter who was super excited but his child was crying non-stop. The fan of Men in Blue was cheering in flow with the other supporters but he did not seem to be concerned about why his son was crying. 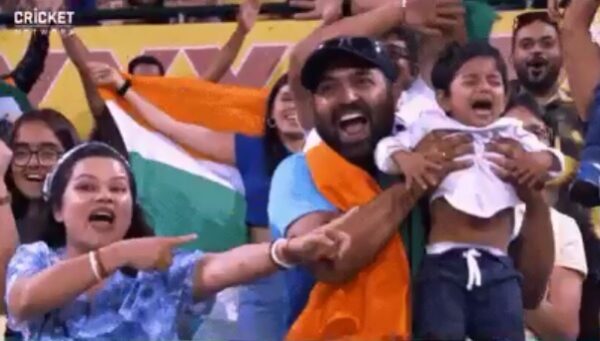 This was more than enough for the online users and they started expressing their opinion in creative and funny tweets:

They are thinking he is celebrating this… But the truth.. he is crying… 😂🤣

Pretty sure, This guy would drop his baby to catch a big six hit into the crowd 😂

When your dad is Indian and Mom Australian😀

As far as the match is concerned, the Indian cricket team won the match and also the T20I series by 2-1 as the hosts won the T20I match which was played today (Dec 08 at Sydney Cricket Ground).

Now India and Australia will clash against each other in the four match test series in the Border-Gavaskar Trophy.