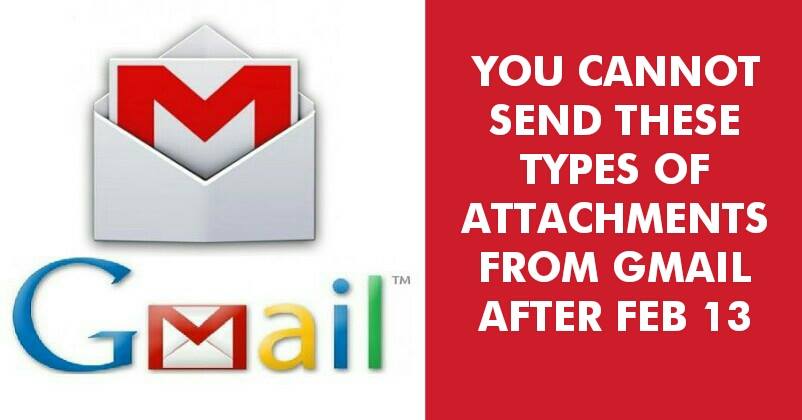 The biggest search engine Google has made an announcement that from February 13, Gmail users won’t be able to send emails with .js files as attachments. Google made this announcement on its G Suite Updates blog and the reason behind this step is that .js files are getting used for spreading malware nowadays.

It is also written in the blog that in case of inbound mails, a bounce message will be received by the sender, telling the reason of mail not being sent and blocked.

The blog also tells that if sending .js files is necessity for users, they have the options of Google Cloud Storage, Google Drive and other storage solutions to share the files.

Below is the message that the users will get while attaching javascript files:

“There are a number of reasons why you may see the ‘This message was blocked because its content presents a potential security issue’ error in Gmail. Gmail blocks messages that may spread viruses, like messages that include executable files or certain links.”

Just recently, Google was ordered by a US judge to give details of customer emails which are stored outside USA. While submitting papers in the court, Google disclosed that sometimes it breaks the emails in pieces in order to enhance the performance of its network and therefore, it may not be possible to tell where those emails might be saved.

It is said that more than 25,000 requests are received by Google every year by the US officials to disclose the data of users, in relation to criminal cases.