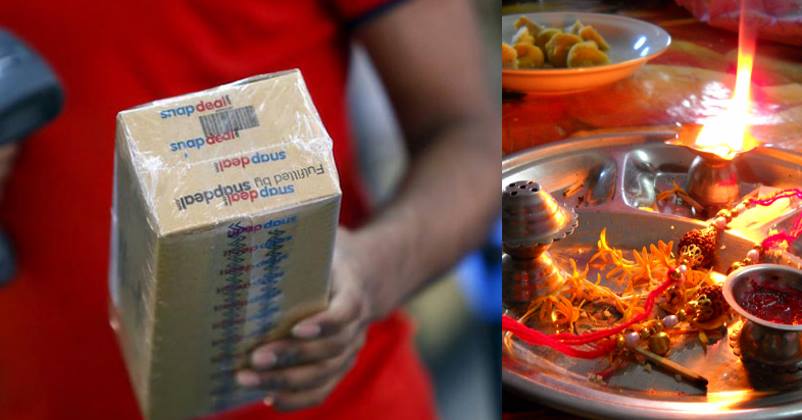 On the eve of Raksha Bandhan, a lawyer had plans of surprising his sister with a mobile phone but Snapdeal spoiled all his plans.

Yes, on 9th August Ankur Kapley ordered a good mobile phone worth Rs. 9245 through Snapdeal.com. Moreover, he even received confirmation for his order through an email. Now, the next day, Snapdeal sent him one more mail stating that his order is dispatched and would be reaching him by the 16th of August i.e. in a week. Talking about the payment mode, Ankur chose the Cash on delivery option.

Now on the 14th of August, Ankur received one more text on his phone from a courier service named Xpressbees. Yes, they messaged him that soon he will get the delivery of the parcel. Following that, a courier agent came to deliver his parcel at Abhyankar Nagar.

Kapley was happy on receiving the parcel but he urged on checking the parcel before paying the amount but the courier boy said that it was against the company policy. Ankur had no option but to pay first and then unwrap the parcel. As soon as he started unwrapping it, the agent fled.

The parcel had Snapdeal’s label on it, but he was shocked to see what was present inside. Well, the box didn’t have a phone but a piece of stone. He tried calling the agent but no luck. Then, he registered a complaint with Ambazari police station against CEO as well as manager of Xpressbees.com, Amitava Saha, V Yash Distributors and CEO Of Snapdeal, Kunal Bahl.

KL Supare, the senior Police Inspector of Ambazari Police station said “The offence was registered immediately as the information received from the lawyer was of cognizable nature. We are probing the case”

You will have to be very careful now before buying anything online.

Downloading Torrent ? Even Visiting Them Will Cost You 3 Lakhs Fine Along With 3 Yrs Jail
Baba Ramdev’s Eye-Opening Tweet Shows How Colgate Is Fooling People Openly!