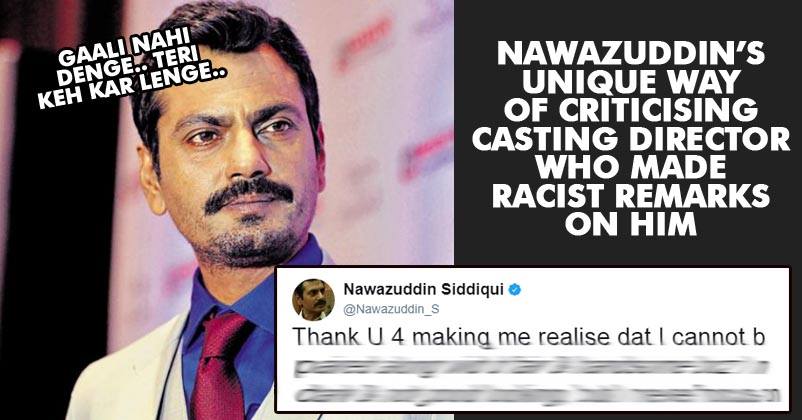 Nawazuddin Siddiqui is one of the finest actors we have in Bollywood. The talented guy has found recognition in the entertainment industry with time, hard work and passion. If you look back and know the details of his story and the time he has survived like a Boss you will know how special he is. “Handsome is as handsome does”, Nawaz has proved this saying like very few. 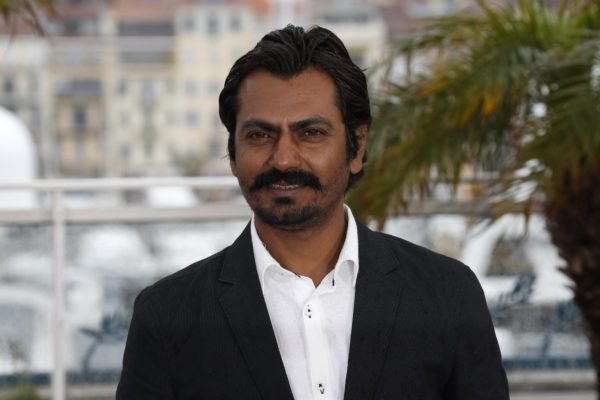 But there are still many who can’t see the charm that he creates with his talent and consider the skin colour as the main aspect to measure beauty.

Casting Director, Sanjay Chouhan is one of those. Sanjay who has done the casting for Nawazuddin’s soon to be released film Babumoshai Bandookbaaz was quoted as saying by Deccan Chronicle.

“Keeping Nawaz in mind, all other characters were taken on board. We can’t cast fair and handsome people with Nawaz. It would look so weird. You have to take people with distinct features and personalities when pairing them with him.,”

This statement of him obviously hurt Nawaz who has faced a lot of racism in the industry in struggling days. However, his reply was too classy and must’ve put Sanjay to shame for his statement. Here’s what Nawazuddin tweeted-

Thank U 4 making me realise dat I cannot b paired along wid d fair & handsome bcz I m dark & not good looking, but I never focus on that.

Thank U 4 making me realise dat I cannot b paired along wid d fair & handsome bcz I m dark & not good looking, but I never focus on that.

This tweet by Nawaz received a lot of beautiful reactions and proved that there are still a lot of genuine people left on earth. Have a look-

That's why you are special Nawaz.

Haters got no taste.

What do you think about this? Don’t forget to share with us.

Continue Reading
You may also like...
Related Topics:bollywood, Nawazuddin Siddiqui

Day 4 Collections Of Jagga Jasoos Are Out! The Numbers Have Declined A Lot!
Even Though Priyanka Was Free, She Didn’t Attend IIFA! You Will Be Surprised To Know The Reason