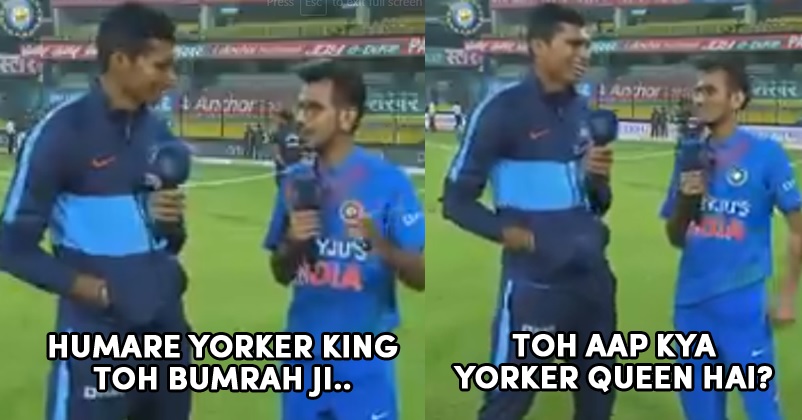 The Indian team cricket is leading the three match T20I series against Sri Lanka by 1-0 and the Indian bowlers should be applauded for their superb bowling in the second match which was played at Indore.

While the first match at Guwahati was abandoned due to rain, in the second match, the visitors were able to put only 142 runs on the board after losing 9 wickets. The Indian bowlers, especially Shardul Thakur and Navdeep Saini bowled brilliantly; while Shardul took 3 wickets and gave 23 runs, Navdeep was the one sent two crucial batsmen back to the dressing room. What’s more, the latter was also the most economical player as he gave only 18 runs in 4 overs. Indian star pacer Jasprit Bumrah didn’t have a good day as he got only one wicket and also conceded 32 runs in his 4 overs. 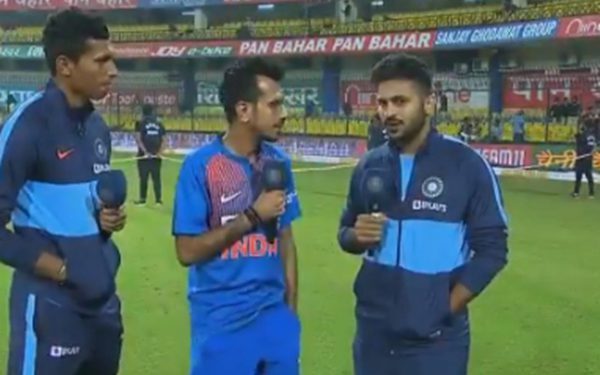 Yuzvendra Chahal, the Indian spinner who was not a part of the squad which played in Indore, interviewed Shardul and Navdeep for Chahal TV and praised Saini for his accurate Yorkers. However, Chahal also had some fun as he asked Navdeep whether he should be called as Yorker queen of the Indian team from now on as Bumrah is already the Yorker king.

MUST WATCH: @imShard and Navdeep Saini make their debut on CHAHAL TV 📺📺

Social media users loved the hilarious conversation and this is how Twitterati reacted:

Chahal has the most funny way of trying to be funny

The third match of the series will be played in Pune on Friday (today) and both the teams will be desperate to win this match as the stakes are high. Team India will love to win the series by 2-0 while Sri Lanka will try its best to equalize the innings.