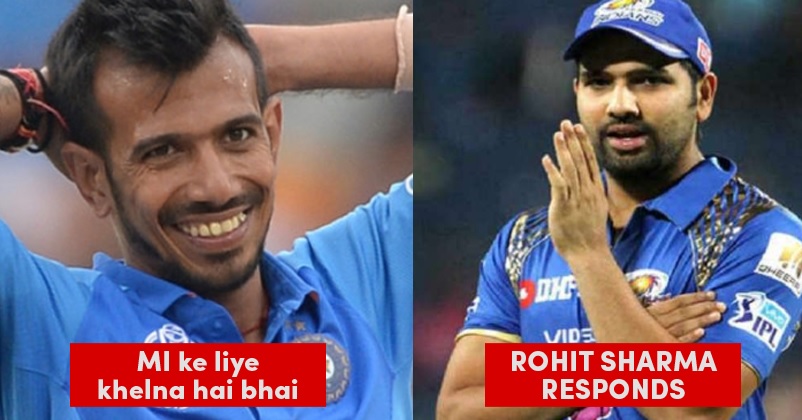 The Indian cricketers are making the most of their time while sitting at home due to the 21 days lockdown by using social media platforms to the maximum. They are not only requesting people to stay indoors to remain safe but also chatting with their fans and colleagues which is indeed a source of entertainment for their followers.

Recently, Indian cricketers Rohit Sharma and Jasprit Bumrah who play for the same IPL team – Mumbai Indians (MI) carried out a live Instagram session and they talked about many things including their teammates as well as IPL. The Indian cricketer Yuzvendra Chahal also joined them and expressed his desire of playing for Mumbai Indians. 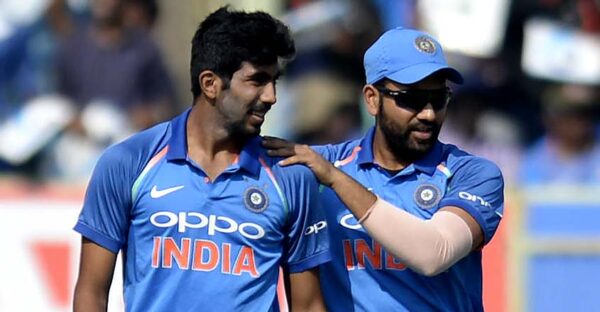 Yuzi asked the MI skipper Rohit Sharma whether his team needs a quality wrist spinner. However, Rohit Sharma was not interested in including Chahal in the squad as he said that MI would have missed Chahal if they were losing but as they are already winning, they don’t miss him at all. Rohit further said that the leg-spinner should sit in Bangalore as it is perfect for him.

When Chahal started playing in IPL for the first time, he was bought by Mumbai Indians but out of three seasons, he played in one season only for the team. He was then released by the franchise and since then, MI has won IPL three times, (2015, 2017 and 2019). Rohit Sharma led team has also won the T20 championship four times.

Chahal was inducted into Virat Kohli led Royal Challengers Bangalore (RCB) in the year 2014 and ever since, he has become one of the main bowlers of the team despite the fact that the pitch of M Chinnaswamy Stadium is not helpful for the spinners. Nevertheless, Yuzi manages to make the batsmen play bad shots by giving flight to the ball and using other tricks.

RCB is still waiting to win its first IPL trophy; although they have played the finals two times, they were not able to take the trophy home. RCB is one of the strongest teams of the league on paper with AB de Villiers, Aaron Finch, etc. in the squad but their performances in the last three seasons have been quite hopeless.

IPL 2020 was supposed to start on March 29 but it has been postponed till April 15 due to the coronavirus outbreak which has been declared as a pandemic by the World Health Organisation.

How did you find Rohit’s reply to Chahal? Isn’t it amusing to see our cricketers having fun banter on social media?

Chahal Has A Hilarious Response Over Jasprit Bumrah’s Desire Of Bowling Him
Fan Asked Smriti Mandhana, “Are You Single?” Smriti Had A Puzzling Reaction