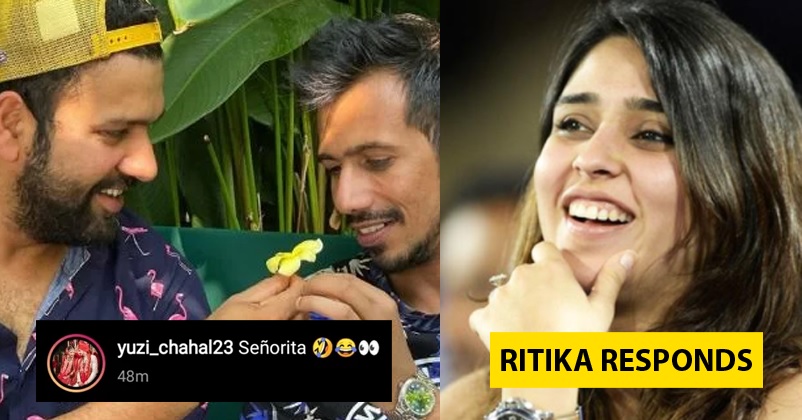 The Indian cricketer Yuzvendra Chahal is one of the most famous cricket players of the country and it is not just because of his cricketing skills but also due to his social media presence. He has entertained his fans and followers a lot during the coronavirus lockdown by posting funny videos which also featured his family members occasionally.

Yuzvendra Chahal shares a pretty strong bond with his teammate Rohit Sharma and many times in the past also, we have seen them having fun on the social media networks. In fact, quite a few times, Rohit’s wife Ritika Sajdeh has also contributed in their banter.

Recently, Yuzi posted a couple of photos of himself with Rohit Sharma and both the cricketers took the bromance to a new level as Rohit Sharma was seen giving Yuzi a flower. 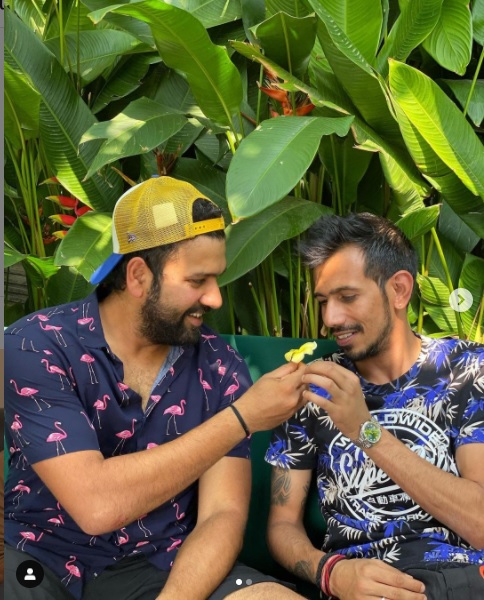 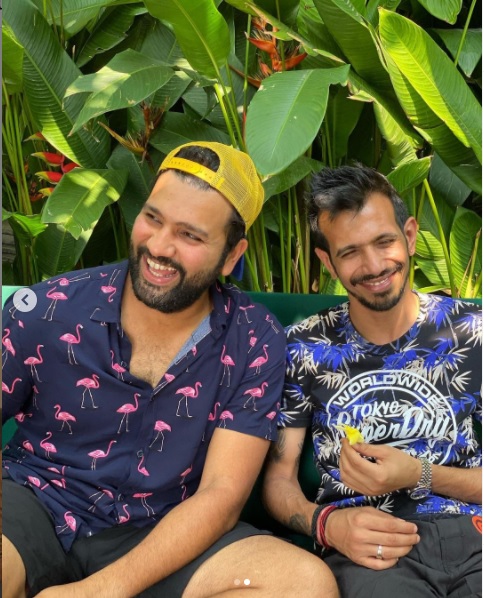 The spinner captioned the images as, “Senorita” with laughing emojis.

The Instagram post soon went viral and Rohit Sharma’s wife Ritika Sajdeh also took a note of it. She responded with a confused emoji after seeing her hubby giving flower to his teammate.

Soon Yuzvendra Chahal’s wife Dhanashree Verma also responded with the comment, “Didn’t have to ask them to pose 😋 btw thanks for the pic credit 😒”

Rohit Sharma has not been able to make a big score in both the ODIs of the 3 match ODI series which is being played against England at the Maharashtra Cricket Association Stadium, Pune. Yuzi has not been included in the playing eleven either in the first ODI or in the second one as Kuldeep Yadav has been given a chance to play after quite a long break.

What is your take on this photo of Rohit Sharma and Yuzvendra Chahal? Bromance to a new level, isn’t it?