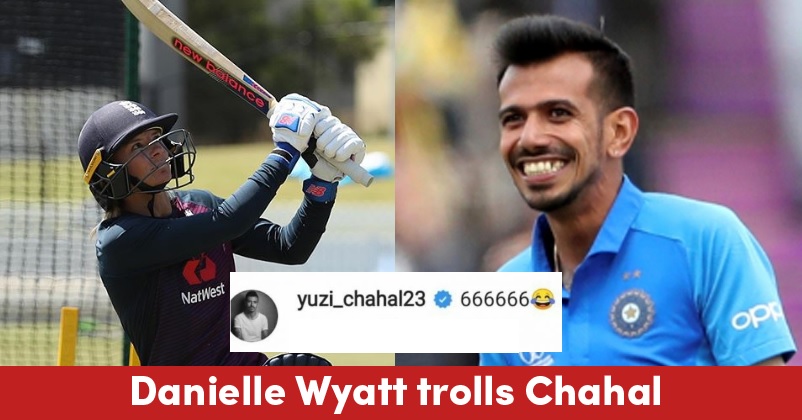 Indian cricketer Yuzvendra Chahal is well-known not only for his wonderful wicket-taking bowling but also for his great sense of humour. He also runs a show Chahal TV in which he chats with other cricketers, mostly his teammates, and updates the cricket lovers about the latest happenings taking place in team India. He is also pretty active on social media and also likes to give witty comments on the posts made by his friends and colleagues.

Recently, the English female cricket all-rounder Danielle Wyatt who is also very much active on social media took to Instagram and shared a photo in which she is seen batting in nets.

Great to be back in Melbourne again 😅 🏏

While many people commented on the image, one comment that got specially noticed was the one made by Yuzvendra Chahal who wrote “666666” along with laughing emoticon.

It is not clear whether Yuzi was trying to encourage the English woman cricketer to hit six sixers in an over or he was challenging her. But the English cricketer was also quick to respond and we have to admit that her response was quite classy.

Danielle responded with the comment, “If you were bowling, yes.”

This is not the first time that Danielle and Yuzi have interacted on social media. Some time ago, the English cricketer posted a starry eyed emoji when Chahal posted his photo with his teammate Rishabh Pant and wrote, “Just the two team mates – chilling”.

What do you think of the response given by Danielle Wyatt?