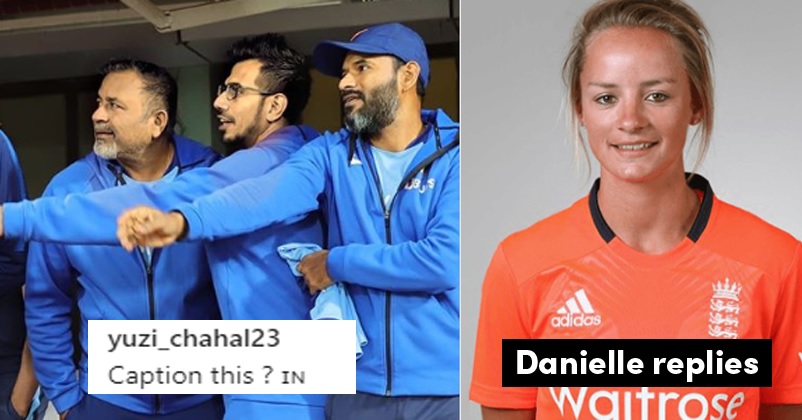 Recently, Chahal posted a photo from the dressing room in which he is seen asking for something while the Indian fielding coach R Shridhar also seems to want the same thing. In the pic, the Indian head coach Ravi Shastri is also seen looking at that thing but Yuzi didn’t reveal what that thing was.

Here is the photo posted by the Haryana-based cricketer: 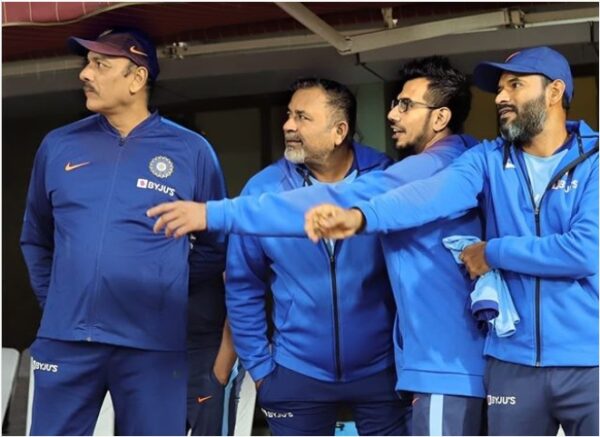 The Indian leg-spinner asked his followers to give a caption for the photo and the England women cricketer was quick to comment on it.

The England cricketer wanted to convey that Yuzi and others wanted to have chocolates that the opposition team members were having.

Later Yuzvendra asked Danielle, “What about chaante he chaante” (What about slaps and slaps)?

Danielle Wyatt was a part of the England team which played in ICC Women T20 World Cup 2020. The tournament was quite ordinary for her but her team entered the semi-finals. However, the Indian team was given walk over as they were unbeaten in the tournament and not even a single ball was bowled in the semi-final due to rain plus ICC didn’t keep a reserve day for the match.