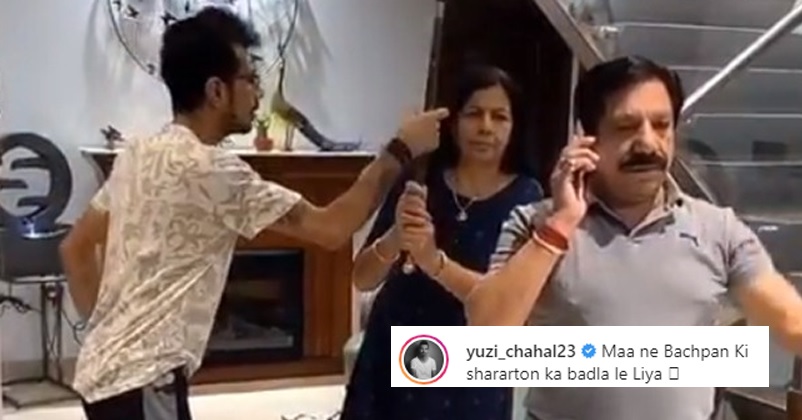 All the sporting events of the world have either been cancelled or postponed and the same is the case with Indian Premier League (IPL) which was supposed to start on March 29 but got postponed till April 15. While some cricketers are spending time with their families, using social media platforms to interact with their fans or indulging in other activities, the Indian cricketer Yuzvendra Chahal who is a member of IPL team Royal Challengers Bangalore is busy in entertaining his followers by making hilarious videos.

Some time ago, he posted a video in which he was seen with his father for the first time and now his recently shared video gives a glimpse of his mother too. 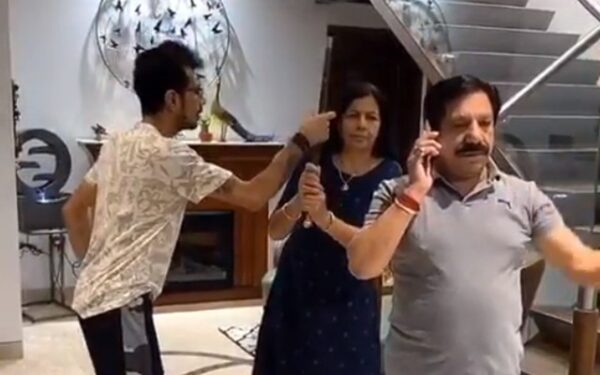 In the clip, Yuzi’s mother tries to hit her husband and Chahal stops her mid-way; nevertheless, she still manages to softly hit Yuzi’s father in a manner so as to make him believe that their son is the one who has hit him.

It is certainly a very funny video which is being liked by Chahal’s fans and friends. Moreover, the cricketer’s caption makes it all the way more hilarious as he has written, “Maa ne bachpan Ki shararton ka badla le liya (Mother has taken revenge of all the naughty acts of childhood)”.

Yuzi is pretty active on the video making platform TikTok as earlier also, he posted videos with his female friends as well as with fellow cricketers. He also runs Chahal TV in which he talks to his teammates and let the Indian cricket fans know about what is happening in the dressing room.

As of now, the whole India is fighting coronavirus which is contagious in nature and for the same, complete lockdown has been imposed in the country. Many Bollywood celebs and cricketers including Sachin Tendulkar, Rohit Sharma, Virat Kohli, Suresh Raina, Mithali Raj, Poonam Yadav, etc. have came forward and made donations in the PM-CARES Fund for helping the country in fighting this lethal virus.