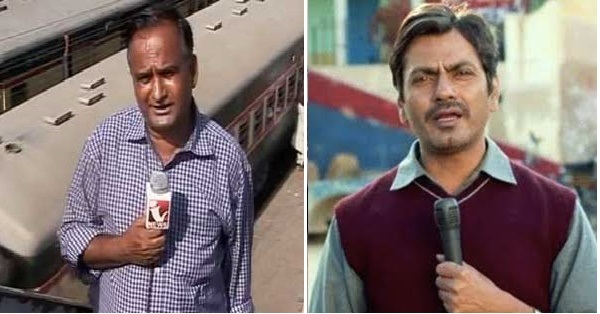 The movie has brought the Pakistani Journalist into limelight and he has been offered to work in many advertisements in Pakistan but he is hoping for something more. Chand Nawab has offered his gratitude to Kabir Khan and Salman Khan for making him famous but now he also wants some monetary benefit in exchange of the inspiration that he gave to the film makers.

Chand Nawab talked to Hindustan Times on phone and said “People have said that I should be compensated for inspiring the character of the reporter in the film. I am also hoping I will be compensated”.

However he also added, “Lekin yeh unki marzi hai. I am not demanding any compensation, nor will I take any legal action to ensure that they pay me. If they decide to give the compensation, it is fine If they don’t give it, it won’t be a problem.”

Do you think Chand Nawab will get compensation or should he be given? Share your views in the comments section below.