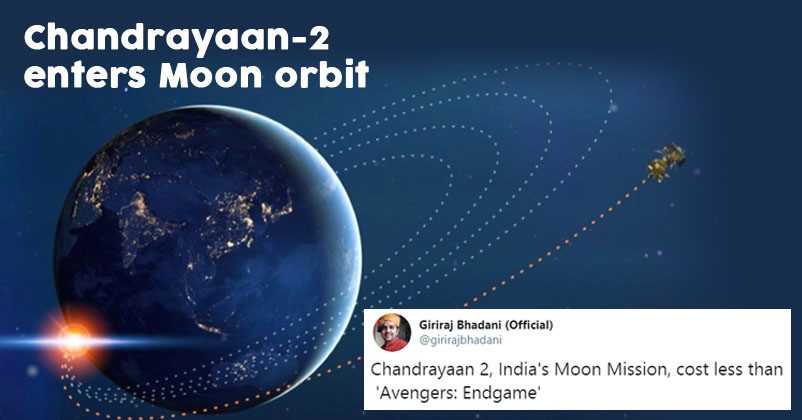 ISRO, on Tuesday, announced that India’s most ambitious space mission Chandrayaan 2 has finally entered the Moon orbit. Within a month it will have a soft landing on the southern part of Moon and it will be another big achievement of India.

The Indian Space Research Organisation (ISRO) issued a statement which stated, “the Lunar Orbit Insertion or LOI maneuver was completed successfully using the onboard propulsion system. a series of orbit maneuvers will be performed on Chandrayaan-2 spacecraft to enable it to enter its final orbit passing over the lunar poles at a distance of about 100 km from the Moon’s surface.” 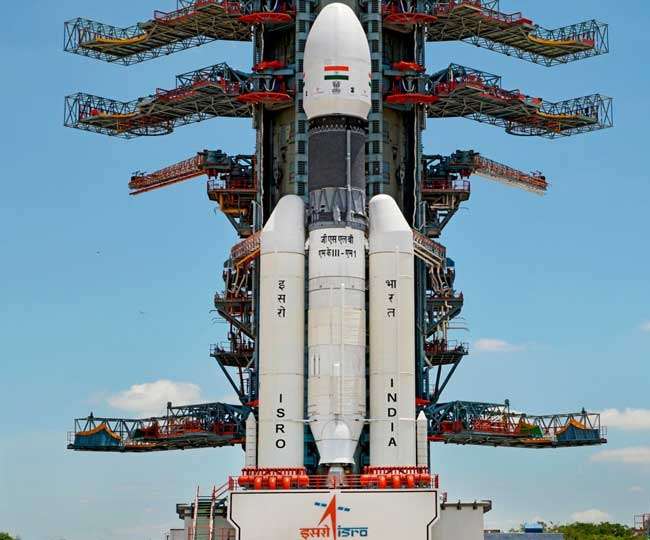 It further added, “Subsequently, the lander will separate from the Orbiter and enters into a 100 km X 30 km orbit around the Moon. Then, it will perform a series of complex braking maneuvers to soft-land in the South polar region of the Moon on September 7, 2019.”

The moment this news was out Indians got excited and started pouring congratulatory messages for ISRO. Twitter is flooding with celebratory posts and here are some tweets which will make your day.

#Chandrayan2 lunar mission will mark the world’s first landing on the unexplored south side of the moon, a point that needs to be emphasised by media more prominently

This historic day every indians our power and technology see to the world the soft landing it is quite nice for dr.sivan&team we are proud of you👏👃 @isro #Chandrayaan2 pic.twitter.com/j1tVRkkEgP

Today after the Lunar Orbit Insertion.#Chandrayaan2 is now in Lunar Orbit.
A billion dreams inch closer to reality as
Nation's Pride 🇮🇳😍. pic.twitter.com/EKfCh40I5C

India's space missions have continued to make history and #Chandrayaan2 continues to headline our efforts.

It's entry into the lunar orbit will mark another success in India's history. pic.twitter.com/lDDqgHMhsj

Sacred Games 2: Here’s Why Netflix Apologized To A Man From UAE
10 Best Places For Camping In India Where You Will Fall In Love With The Nature